Nicolas Gaitan is one of those players who get continuously linked with a move to Manchester United. For the past few years, he has been linked with the Red Devils in almost every transfer window and Portugal press do not get tired of reporting his transfer saga. Why should they? 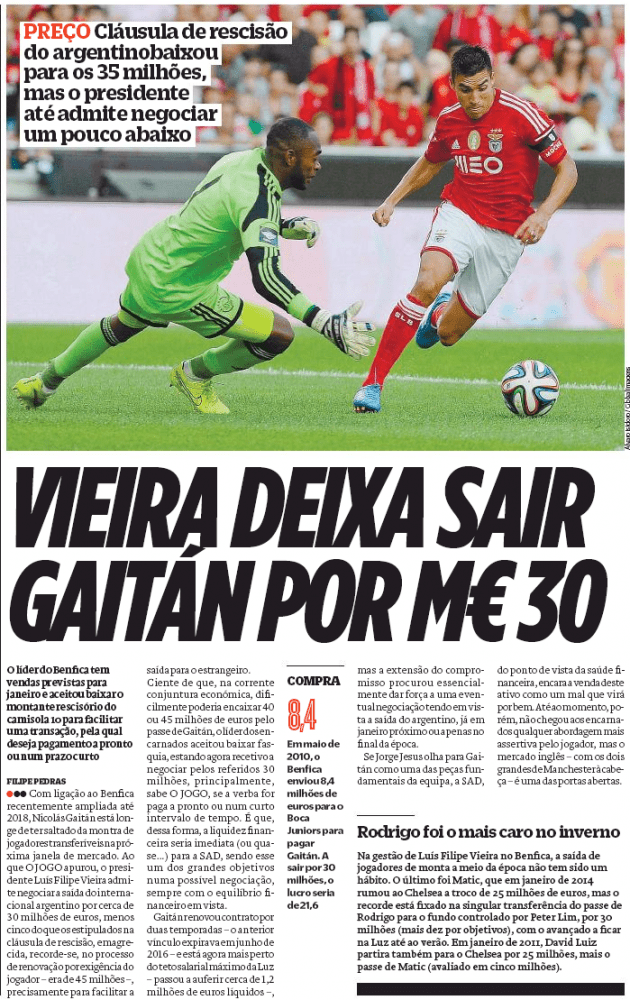 Benfica sold several top players in the summer like Lazar Markovic, Jan Oblak, Andre Gomes (on loan), Garay, Oscar Cardozo et al, and although they had done shrewd business (Talisca?) but not many high profile names had arrived.

Gaitan and Enzo Perez are two such players who were linked heavily with United, last summer but probably no such concrete offer was made for them.

After lots of speculations on his future, Gaitan has signed a new contract at Benfica where his release clause has been lowered to €35m, but O Jogo reports today that Benfica could be willing to sell him for €30m only.

Benfica need money to rebuild the squad and Gaitan provides their best bet to fetch a good chunk of transfer money. O Jogo claim Manchester United are one of the interested clubs keen to sign the Argentine.