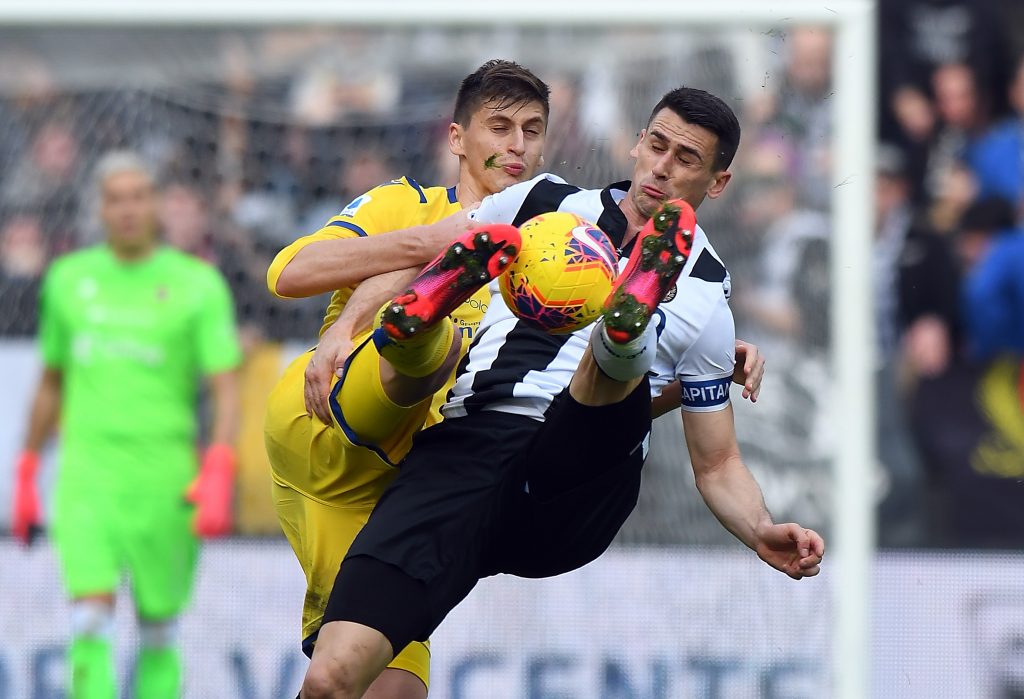 According to transfer expert and journalist Nicolo Schira, Everton are among the host of clubs showing interest in exciting Hellas Verona defender Marash Kumbulla.

He has claimed on Twitter that Everton scouts were in attendance to check out the 20-year-old defender. They watched the youngster in action during Hellas Verona’s Serie A game against Udinese.

Kumbulla is a highly-rated young talent and several clubs including Inter Milan, Borussia Dortmund, and Napoli are ‘really interested’ in signing him this summer.

Scouts of #Inter (are looking also Juan #Musso), #BorussiaDortmund and #Everton are at Dacia Arena to observe Marash #Kumbulla (2000) during Udinese-Verona. #Verona ask €30M. Also #Napoli are really interested in him for summer. #transfers #BVB #EFC

After coming through the youth ranks at the club, the youngster made his senior debut at the Serie A club on August, 2018.

This season he has cemented his position in the side, having made 18 starts in the league already. He has one cap for his country Albania as well.

Schira claims that Verona won’t sell him on cheap and would demand in the region of £24m (€30M) for the young defender.

Everton boss Carlo Ancelotti could be looking to bolster his defence during the summer transfer window, and Kumbulla could be an exciting signing for them.

He is young and inexperienced, but extremely talented. However, whether any interested party would be willing to meet Verona’s asking price remains to be seen.