With the January transfer window just round the corner, Manchester United have another opportunity to fill the longstanding void in their midfield left by Paul Scholes’ retirement.

Since the legendary Red Devils’ playmaker’s ability diminished and he called it a day, the Old Trafford outfit have lacked a dominant creative force in the centre of the park.

Plenty of transfer targets have been linked with a move to United either in January or in the summer, with the likes of Ross Barkley, Koke, Wesley Sneijder and plenty of others mentioned.

However, David Moyes may well have Scholes’ long-term replacement in his squad already, as Nick Powell continues to impress. 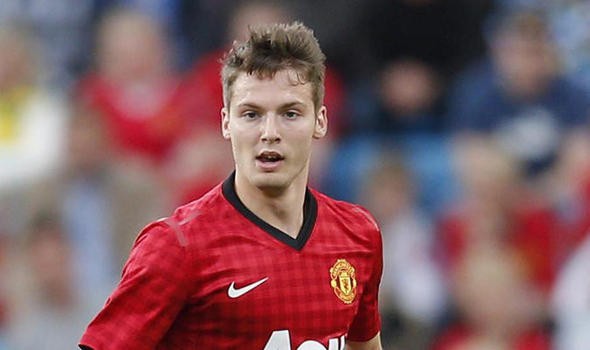 The 19-year-old progressed through the ranks at Crewe and sealed a £6 million move to Old Trafford back in July 2012. Over the last 18 months the teenage midfielder has lived up to the reputation and potential he showed for the Alexandra Stadium outfit, and his fledgling career has progressed considerably.

After a fleeting glimpse of Powell’s ability with an excellent goal against Wigan on his Premier League debut, the playmaker moved to the DW Stadium on a loan deal for this season and has excelled.

Despite the Latics’ mediocre form in the Championship, Powell has been a standout star in the division with five goals and a raft of excellent individual performances. The United loanee also scored Wigan’s first-ever European goal and ended the side’s Europa League campaign with three strikes.

The rumours in the media this week have linked Powell with a return to the Premier League once the transfer window opens, with Hull City a potential destination for the remainder of the campaign.

Powell certainly has the ability to play in the top flight of English football, and a six-month spell with Steve Bruce’s men could well be the start of the young star’s career in the Premier League.

Tom Cleverley’s loan spell at Wigan prepared him for the United first-team, and Powell could well have followed in the England international’s footsteps. From the start of next season, Powell should be ready to be used in a squad rotation system by Moyes, and as he progresses with quality players around him could turn into a real star.

Powell’s range of passing, vision and movement off the ball has been notable throughout his short career to date and he can only get better as his education continues at the top level of football in England.

With Moyes in search of creativity and energy in the centre of the park, Powell could well be ready to answer the call by the start of next season.

Can Powell be a first-team star for United next season?