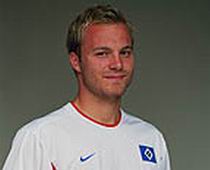 New York Giants take on Kansas City Chiefs at Arrowhead in this week’s edition of Monday Night Football, and our betting expert has NFL Picks to share for the game. Plus, discover how you can get up to a $2,500 deposit bonus at BetUS.

It’s been a long time since football fans in Kansas had much to worry about but, on the back of an early-season run that’s seen the Chiefs go 3-4 in the AFC West, tonight’s game against New York Giants (2-5) has to be considered a pivotal contest in their team’s season.

The Chiefs need a win to maintain pressure on the Chargers, Raiders, and Broncos and stay in the playoff mix in the division. And, short of a superb run of form in the second half of the season, the Giants need a win to keep their ever-slimming hopes of a playoff push alive.

Get ready for a great night of MNF action, and, for a full betting preview and the latest odds courtesy of BetUS, read on.

Below are the latest NFL betting odds available for MNF at BetUS:

Bet on Chiefs vs Giants at BetUS

BetUS is offering a 125% first-time matched deposit bonus that’s worth up to $2,500 to anyone that signs up with the sportsbook in time for MNF: Chiefs vs Giants

To claim your 125% deposit welcome bonus when you sign up to bet on MNF: Chiefs vs Giants, just follow the simple steps below:

It’s not often that you’ll find the NFL’s third best-ranked offense (419.3-yards per game) sitting in bottom position in their division, but that’s exactly what we have with this year’s incantation of the Kansas City Chiefs.

Why? The Chiefs are playing terrible collective defense – it’s that simple. The secondary is getting toasted on a weekly basis, giving up 275-yards of airmail per game (27th in NFL). The Chiefs’ D isn’t doing much better vs the run either, allowing 128.8-yards per game and ranking 28th in the NFL.

There has been a lot of talk this past fortnight about QB Patrick Mahomes and his slight lull in form, but the key to victory for Kansas is simple – Andy Reed’s team needs to play better defense. If the Chiefs can keep the yards-against down, Mahomes won’t feel the need to continuously vacate his pocket, trying to extend every play as he did in the defeat to Titans last week, and the win that Kansas so desperately needs will be on the cards.

Despite the poor 2-5 record, New York is a solid NFL outfit, as the Saints discovered in Week-3. Joe Judge’s offense boasts a decent passing attack and is ranked 12th in the NFL for passing yards per game (255.5-YPG). But, with Saquon Barkley’s injury woes continuing, New York has struggled to run the ball, averaging just 91.7 YPG.

Giants S Jabril Peppers ruptured an ACL and has been added to IR, which is a huge loss to the New York secondary, especially coming up against Chiefs’ WR Tyreek Hill and TE Travis Kelce. How the Giants coverage deals withone of the deadliest duos in all of pro-football is likely to prove paramount in who wins tonight’s game, and we’ve got a suspicion that it could be a long night out there for NY.

The traveling Giants will once again be without star RB Saquon Barkley who has an ankle injury, and WR Kenny Golladay for the visit to Kansas. Whether or not fellow WRs Kadarius Toney and Sterling Sheppard will be fit to suit up tonight is a game-time call for Giants coach Joe Judge.

LBs Lorenzo Carter and Carter Coughlin are both out for the New York defense, so too is S Nate Ebner. Star S Jabril Peppers ruptured his ACL and was added to IR last week. Peppers will miss the rest of the season.

As for the Chiefs, RT Mike Remmers looks set to sit tonight’s game out, so Lucas Niange will deputize on the offensive line. LB Anthony Hitchens has been ruled out with a tricep injury. CB Charvarius Ward will be a game-time decision for Andy Reed.

Kansas City needs a big performance from its star-studded offense tonight. Being bottom of the AFC West is unfamiliar territory for Mahomes and co. but, taking on a Giants team that has some notable offensive weapons missing/not 100% fit, and with the crowd behind them, we’re backing the Chiefs to put in a performance and get their season back on track.