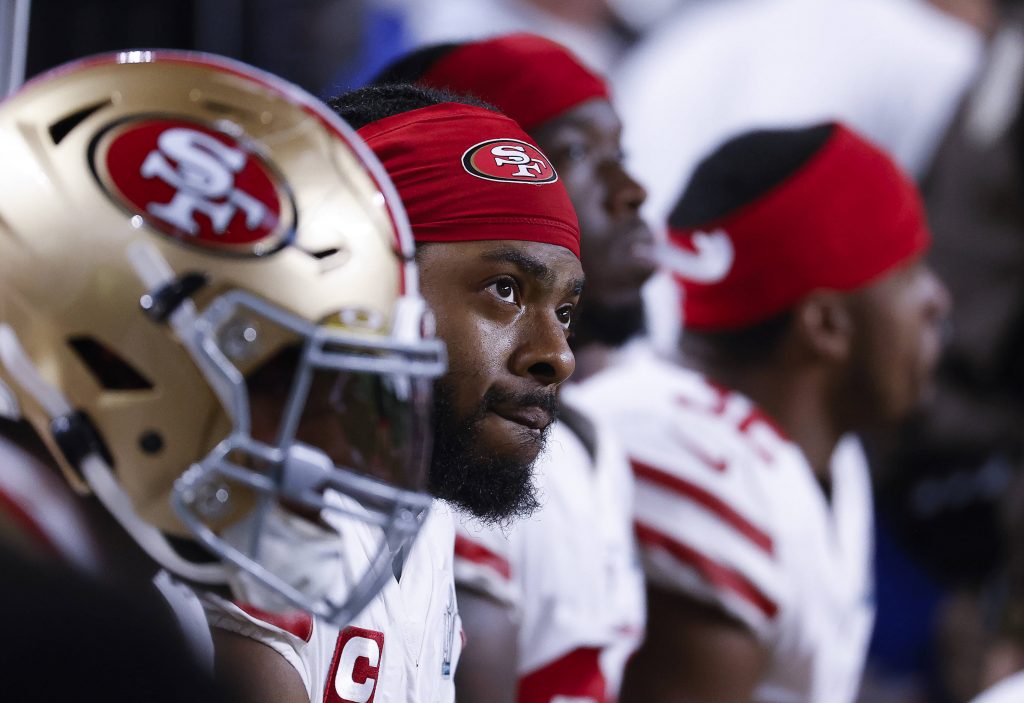 Richard Sherman was apprehended near Seattle on charges of burglary domestic violence, resisting arrest and malicious mischief in the early hours of Wednesday morning.

According to Sky Sports, the former Seahawk was arrested at 6.08 am local time at the King County Correctional Facility in Seattle and was consequently denied bail.

A statement released by Redmond Police says officers were called at approximately 1.49 am on Wednesday morning following an attempt by Sherman to break into a family member’s home.

It also states that Sherman resisted being taken into custody by officers.

“Mr Sherman was eventually taken into custody. Both Mr Sherman and the officer sustained minor injuries as a result of the altercation and the canine deployment.

“Mr Sherman was treated at a local hospital for his injuries and booked into the King County jail.”

It was also stated by Lowe that it was due to Sherman’s relation to the occupants of the home that he was charged with domestic violence.

“At this time, we’re going to make no statements, except he didn’t harm anybody,” Moss said.

“My kids were not harmed in the incident. He’s a good person, and this is not his character.

“We’re doing all right, just trying to get him out. I want people to know no one was injured.”

Before being a free agent this summer, Sherman was a part of the San Francisco 49ers for the 2020 season but was released in February.

He missed 11 games last season following a calf injury sustained in Week 1 of the season.

More notably, Sherman played the majority of his career as a Seattle Seahawk.

In seven seasons there he went to the Super Bowl twice, winning one, and featured in first-team All-Pro three times.