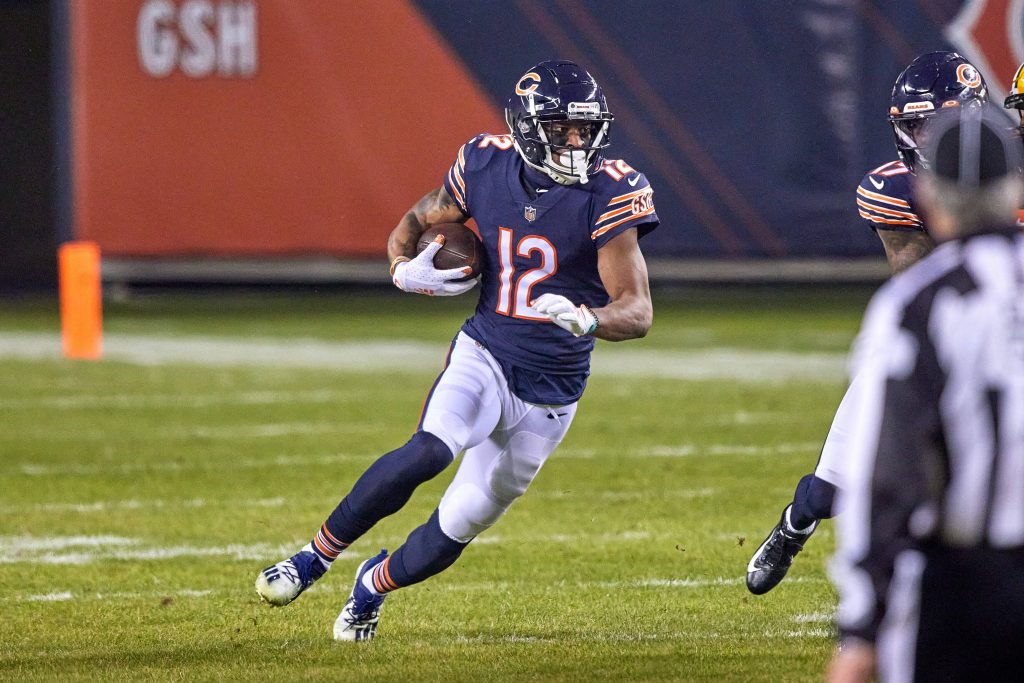 The NFL’s deadline to extend franchise tagged players is coming up on July 15, and there are two valuable stars that are yet to re-sign with their respected teams.

Robinson has been the standout player on offense for the Bears in recent seasons. He has back-to-back seasons with 1000+ yards, despite the franchise’s inept quarterback play.

According to pff.com, Robinson is fourth on the wide receiver power rankings ahead of the 2021 season, validating the receiver’s ambition of being paid like the elite level players at his position.

It is believed there has been no progression around a long-term deal.

He is set to make $17.98 million on the franchise tag next season, but he could make upwards of $20m per year with the desired contract extension.

The Bucs receiver could have a tough time pushing for an extension with the current Super Bowl champions as they have a plethora of talented wideouts for Tom Brady.

So far, they have done well with keeping the core of the team together for 2021. According to Pelissero, there is “nothing imminent” on Godwin’s extension before the deadline.

Both sides are thought to want to get a deal done. Godwin is a rising star and the Bucs have the strongest, multifaceted roster in the NFL.

Godwin impressed last season, despite the competition at his position from Mike Evans and Antonio Brown. Picking up 840 yards and seven touchdowns on 65 receptions.

Even if the two sides cannot come to an agreement before the deadline, they will have the opportunity again before free agency next offseason.