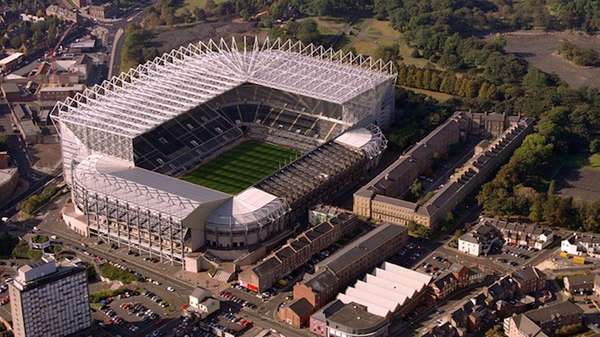 Custom officials have raided Newcastle United after evidence surfaced of a ‘systematic abuse of the tax system’ which suggests that secret payments were made to players and agents.

Warrants were issued by the HM Revenue and Customs officers to search the premises of St. James’ Park, Newcastle’s training ground and managing director Lee Charnley’s house in April this year. Charnley has since been arrested and later released.

HMRC cited the transfer of Demba Ba from West Ham United in 2011 which they believe has infringed taxation laws. Derek Llambias was the managing director during Ba’s transfer while Charnley was the football secretary. The club reportedly paid agent Simon Stainrod £1.9 million for the move.

Newcastle tried and failed in their bid to challenge the legality of the search warrants. The club maintained that there were no reasonable evidence available that suggests their involvement in tax fraud but the court insisted that the warrants were ‘lawfully issued’.

“In summary, it appears that Newcastle paid agent’s fees for club services of £1.9m in full knowledge that the majority would be passed on to other agents (including unlicensed ones) and to a company associated with the player, thereby bestowing on the player a benefit that would have generated estimated liabilities for income tax and NIC of £1,160,383 that ultimately would not be paid,” said HMRC officer Lee Griffiths.

“I believe that NUFC must have known that they were using Stainrod to pass on the money to third parties.

“NUFC would be unlikely voluntarily to grant access to material which would show that senior figures in the club such as Mr Charnley and Mr Llambias were involved in ‘systematic abuse of the tax system’.

“Given Mr Charnley’s suspected role in the fraud, any advance warning of HMRC’s intention to recover the material would be likely to result in evidence being destroyed or removed, by Mr Charnley or others at NUFC whose identity was unknown, but who were involved in the criminal conspiracy.”

Meanwhile, the Magpies have released a statement of their own, expressing their disappointment with the court’s proceedings.

“We are disappointed with this decision given the court’s findings. We are considering all of our options with our advisers, including whether to pursue an appeal,” the statement read.

The transfers of Sylvain Marveaux, Moussa Sissoko, Davide Santon and Papiss Cisse are also under investigation.