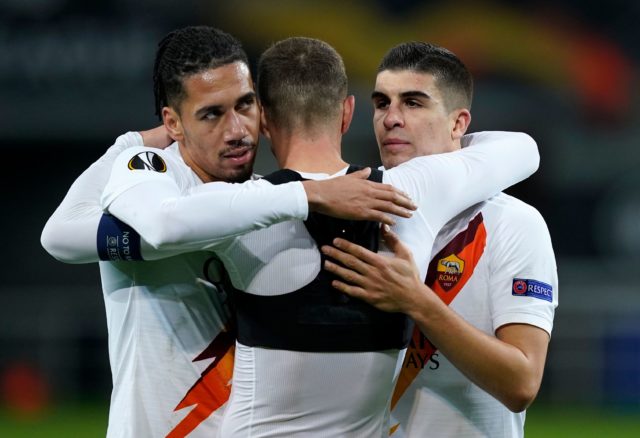 Newcastle United manager Steve Bruce has identified Manchester United’s Chris Smalling as a target to strengthen the heart of the defence, a report from Sky Sports claims.

Smalling spent the previous campaign on loan with AS Roma in the Serie A and he was hugely impressive during his 37 appearances across all competitions.

The Giallorossi have been unable to strike a permanent deal for his services and hence, Smalling could pursue a fresh challenge with a different club this summer.

Bruce is reportedly keen on adding Smalling to the Magpies ranks ahead of next season, but it is unclear whether the club can afford a permanent deal after the failed takeover.

Magpies owner Mike Ashley has shown the willingness to spend with the £40m purchase of Joelinton last year, but the club will have been hampered financially amid the coronavirus pandemic.

United are said to demand at least £20m to part ways with the centre-back and it remains to be seen whether the Magpies are willing to meet the price tag for his services.

A loan deal could be an alternative option, but it is uncertain whether United will consider the proposal, given Smalling will enter the final year of his deal next summer.

Smalling would definitely provided the Magpies with an upgrade on the existing central defensive options with his dominance in the air and ball blocking abilities.

His vast experience of playing in the Premier League means that he won’t take much time to settle in the club’s defence unlike a signing from a lower tier or a foreign league.

Smalling, who has 31 caps with the England national side, has made 219 appearances in the English top-flight to date.