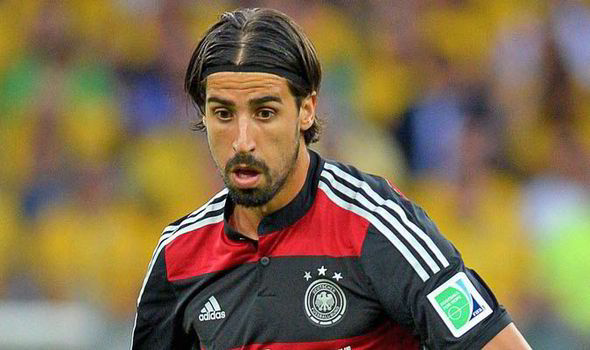 Newcastle United fans have taken to social networking site Twitter to express their reactions after learning that the Magpies are reportedly interested in signing Sami Khedira from Juventus.

According to reports from Tuttosport, Newcastle United and Wolves are interested in signing the German midfielder this summer.

Many Newcastle fans believe that Khedira will be a good signing for the club, but the Magpies won’t be able to match his wages.

Furthermore, with Wolves Wolves appearing to lead the race at the moment, the Newcastle fans feel that they have no chance of securing a deal for the world cup winner.

Here are some of the selected tweets from the Newcastle fans on Twitter:

Ahahaha no chance. His wages would be astronomical. Wolves have a decent shot at getting him but I see no evidence to suggest we’d even be in the ballpark for what khedira is after.

Jesus man could you imagine us signing Khedira. Big big big name for us. No chance of it happening ?

I see no reason to pick Newcastle over Wolves though

This would be an excellent short-term signing. Longstaff and Hayden bouncing off Khedira could make them grow even further. The two problems with this are his wages and his options. Overall, this most likely wont happen.

The Serie A champions are looking to offload Khedira having bolstered their midfield this summer by adding Adrien Rabiot and Aaron Ramsey on free transfers.

The 77-times capped Germany World Cup winner is a vastly experienced player who has represented clubs like Stuttgart and Real Madrid before joining Juventus.

The 32-year-old has won six league titles in his career (won titles with all the clubs he has played for) and has been arguably one of the finest midfielders for his country.

While Khedira would be a great signing for the club, bolstering the midfield is not Steve Bruce’s top priority at the moment. He needs to add quality players in other areas of the pitch.