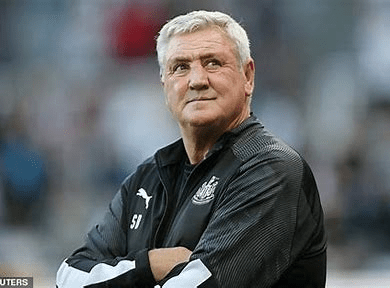 The fixtures for the 2021/22 Premier League season have been released as Newcastle United hope for a better season than the one that saw them barely avoid relegation.

Newcastle will open the 2021/22 Premier League season at St James’ Park against West Ham United on the first gameweek of the new campaign. You can use this link – https://bet-nj.com/bet365-bonus-code/ – to find the right betting bonus for you to get started on backing Newcastle at the bookmakers next season.

The Magpies’ first road trip of the season will see them take on Aston Villa at Villa Park on August 21, a week ahead of their home clash against Southampton.

A trip to Old Trafford for a massive showdown against Manchester United on September 11 will represent Newcastle’s first stern test of the season.

Leeds United at home and Watford and Wolverhampton on the road should help Steve Bruce’s side gather momentum ahead of an exciting fixture against Tottenham at St James’ Park on October 16.

They will close the month against the 2020/21 Champions League winners Chelsea, looking to exact revenge for identical 2-0 losses back last season.

The Premier League debutant Brentford will arrive in Tyneside on November 20 for a warm-up fixture ahead of Newcastle’s trip to the Emirates for a high-profile game against Arsenal.

They will travel to the King Power Stadium to meet Leicester City on December 11 to gear up for a massive encounter against Merseyside powerhouse Liverpool.

A trip to Anfield will open a hectic 15-day schedule for Newcastle that will see them lock horns with Manchester City at home on December 15 and Manchester United on December 26.

Goodison Park will host a match between Everton and the Magpies on Boxing Day, New Year’s festive pits the Tynesiders against Southampton at St Mary’s Stadium.

Newcastle will entertain several manageable challenges in the opening two months of 2022 before facing Chelsea at Stamford Bridge on March 12.

Bruce’s side will make a trip to London to tackle Tottenham at the Tottenham Hotspur Stadium on April 2, while they finish the month at home against Liverpool.

May will put the Magpies to a couple of stern tests. They will start the fifth month away to Manchester City, eight days before welcoming Arsenal to St James’ Park.

Newcastle will sign off for the season against Burnley Turf Moor on May 22.