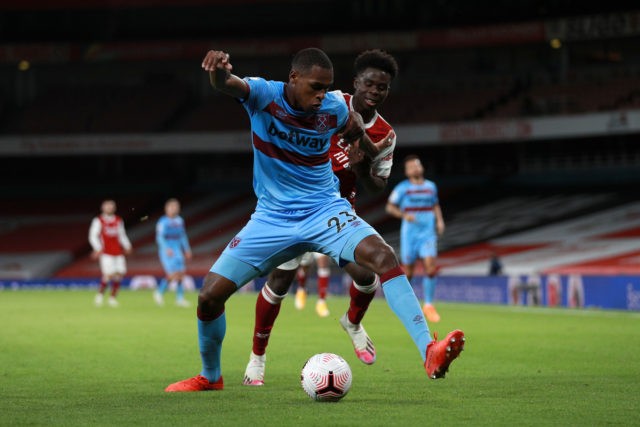 Newcastle United are keen on improving their back four before the January window closes and they have already secured the signing of Kieran Trippier from Atletico Madrid.
However, the Premier League side are not done strengthening their defence yet and they are keen on signing the West Ham United defender Issa Diop.
According to a report from L’Equipe (h/t GFFN), Newcastle are expected to submit an offer of around €10-12 million to the Londoners for Diop.

Newcastle United are expected to make an opening €10m to €12m offer to West Ham United for Issa Diop in the coming hours, according to tomorrow’s L’Équipe. More follows.

The arrival of Trippier will certainly improve Newcastle during the second half of the season and if they manage to bring in a quality centre back like Diop as well, it could transform their season and help beat the drop.
Newcastle are currently 19th in the table, having conceded 42 goals in 19 league matches.
The 25-year-old West ham defender has done well since his move to the London club and he has the potential to develop into a quality Premier League centre back.
Diop is still quite young for a defender and he is yet to reach his peak. The reported transfer fee could look like a massive bargain in the future if he manages to fulfil his potential with Newcastle.
It remains to be seen whether the Hammers are willing to weaken their squad midway through the season and let the player leave for the reported price.
West Ham have been linked with quite a few centre backs recently as well with the Burnley star James Tarkowski a supposed name on their transfer wish list. Tarkowski will be a free agent in the summer and the Hammers could look to snap him up for a bargain fee this month.
It will be interesting to see if the Hammers can bring in a replacement before letting Diop leave this month.
Join our Telegram channel to stay up to date on the latest in marketing