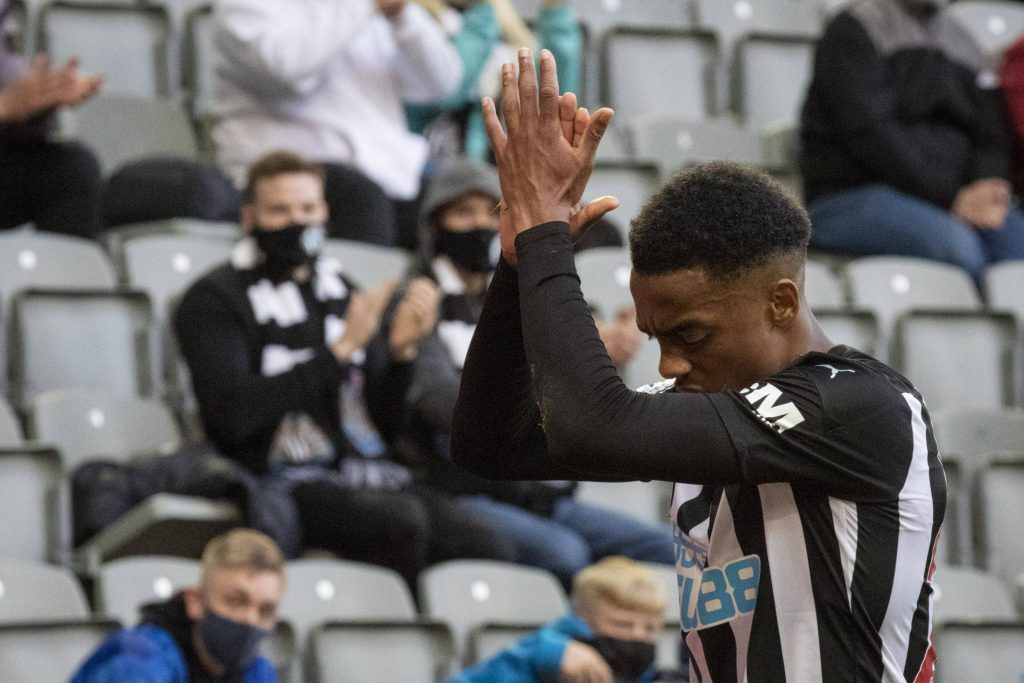 Newcastle United are prepared to sign Joe Willock permanently at the end of the season.

The 21-year-old has been on loan from Arsenal, and he has made quite an impact since joining the Magpies.

Willock recently became the youngest player to score in six consecutive Premier League games, and it is no surprise that Steve Bruce wants to secure his long term future.

The midfielder has scored seven goals in 13 appearances for Newcastle this season.

According to the Telegraph, the Magpies will submit an offer to the Gunners to turn Willock’s move into a permanent one and they are confident that the player is ready to leave the London club this summer.

The report adds that Arsenal are also open to the idea of selling the England under-21 international to fund their own transfer moves.

The 21-year-old needs regular game time to continue his development and a permanent move to Newcastle would be ideal for him.

He is unlikely to be a regular starter under Mikel Arteta at Arsenal next season, and a return to Emirates Stadium does not make sense for him.

The midfielder is already a popular member of the Newcastle dressing room, and Allan Saint-Maximin recently urged the club to sign players like him so that the Magpies can push for a top-half finish.

Newcastle will now hope to reach an agreement with Arsenal in the coming weeks.

Read: What Allan Saint-Maximin had to say about signing Joe Willock.