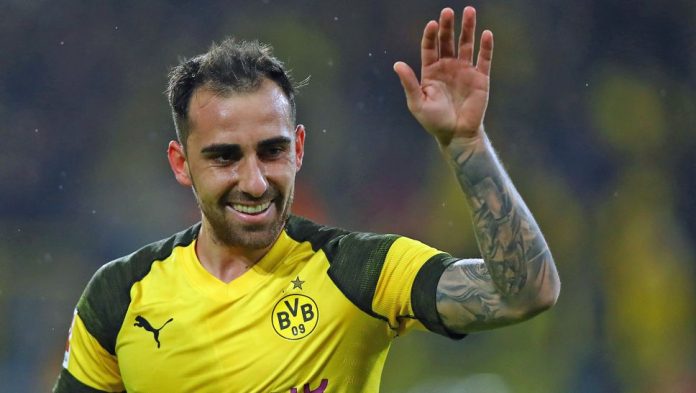 Newcastle United are looking to bolster their forward line in January and the Magpies have earmarked Paco Alcacer as a potential option for them.

According to reports from The Sun, Newcastle United are hopeful of beating Valencia in the race to sign Alcacer from Borussia Dortmund in the January transfer window.

The 19-times capped Spain international joined Dortmund permanently this summer from Barcelona after impressing for the German club last season on loan.

The 26-year-old has scored seven goals in all competitions this season. However, the arrival of Erling Haaland has pushed him closer to the exit door.

The report claims that the Magpies are in talks with Dortmund to sign the striker on loan this month.

He wants to play regularly to boost his chances of making the squad for the Euro 2020 finals, and therefore could be tempted to move away from Dortmund.

Newcastle are also willing to discuss a permanent £25million move for Alcacer in the summer.

The Magpies spent £40 million on Joelinton during the summer but the Brazilian has failed to make a big impact at Tyneside. Alcacer has loads of experience and would be a handy signing for the Magpies.