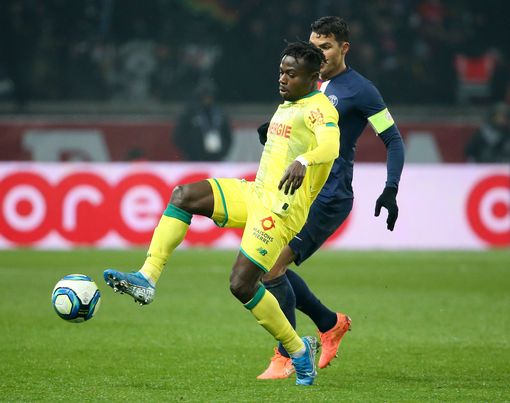 According to French journalist, Manu Lonjon, Newcastle United have been ‘monitoring’ the progress of Moses Simon.

The 24-year-old forward joined the French side last summer on a season-long loan deal from Levante. He has impressed in the French league, scoring eight goals and providing eight assists in 25 appearances across all competitions.

The Nigerian international has expressed his desire to stay at Nantes beyond the end of the season.

Nantes are expected to activate a clause to make the deal permanent but Newcastle are also in the hunt to sign him. The Magpies are among a host of clubs to have been watching Simon’s displays closely and it remains to be seen whether they make a move for him in the summer transfer window.

Newcastle will be looking to sign a striker in the summer with big-money signing Joelinton failing to make a big impact at Saint James’ Park. At £5 million, Moses would be a good signing for the Magpies.