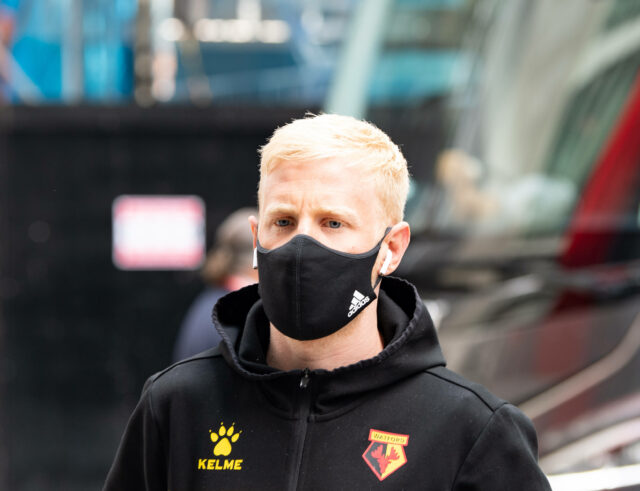 Newcastle United are in talks to sign Watford midfielder Will Hughes this summer, according to The Sun.

The Magpies are keen to bolster their midfield and have been heavily linked with a move for Arsenal’s Joe Willock.

The exciting youngster bagged seven goals in seven consecutive Premier League games for Newcastle last term, and they are keen to bring him back to St James’ Park.

Arsenal are now demanding around £30 million and Newcastle are the only club to have registered concrete interest in the youngster.

However, the Magpies appear to have shifted their attention elsewhere.

The report claims that Newcastle manager Steve Bruce is in talks to sign the former Derby County midfielder.

The veteran manager hopes to persuade Hughes to move to Tyneside in a deal worth around £12 million.

Hughes joined Watford in 2017 and has made over 115 appearances for the Hornets.

He impressed in the Championship last season, but Watford are willing to let him go to bring in new players.

Newcastle are working under a tight budget this summer amid uncertainty about the club’s long term ownership.

It has been claimed previously that Bruce will be given just £50m to operate in the transfer market, and he needs to wheel and deal for a couple of additions to the squad.

Bruce could consider offering players to Watford in a potential swap deal, with midfielder Isaac Hayden considered an option.

Watford are interested in taking him as a part of the deal. Hayden did well last season for the Magpies, but Newcastle are still willing to offload him this summer.