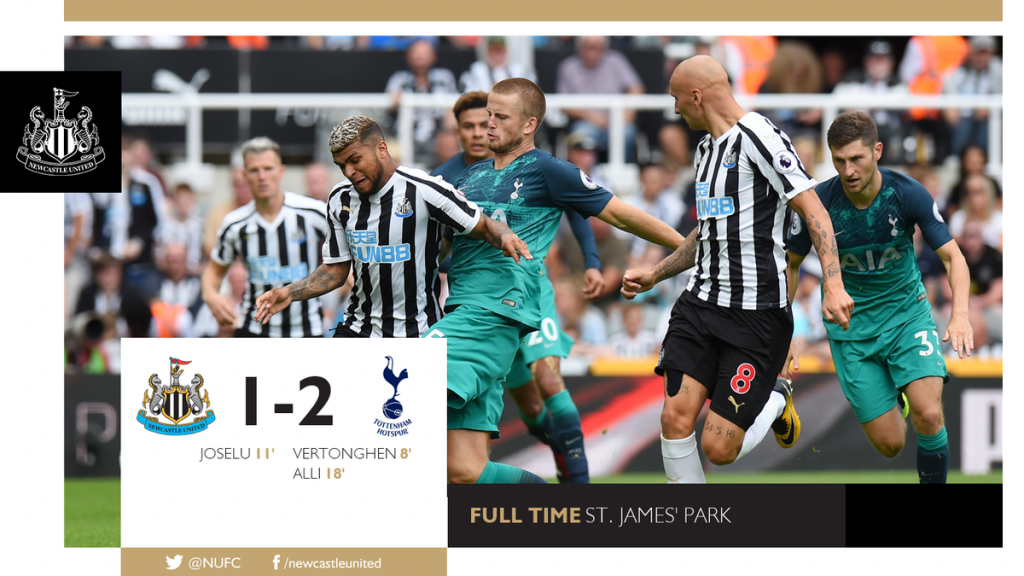 Tottenham secured a 2-1 win in their Premier League opener against Newcastle United today.

Mauricio Pochettino’s side did not perform particularly well but they managed to grind out the all-important three points in the end.

Goals from Jan Vertonghen and Dele Alli ensured a good start to the season for the Londoners.

Newcastle will be disappointed to have ended up on the losing side after a decent performance.

The Magpies did enough to deserve a point. The likes of Diame and Rondon hit the cross bar in the second half and Kenedy missed a glorious chance to level things up.

Spurs went ahead through Jan Vertonghen early on in the first half but they were pegged back almost immediately. Joselu found the net after heading in a terrific cross from Matt Ritchie.

A world class cross from Serge Aurier allowed Dele Alli to head in from the far post and put Spurs back into the lead in the first half.

Pochettino’s men managed to hold on to their lead and here is how the Newcastle fans reacted to the defeat on Twitter.

Gave it everything just unlucky.

Never should have lost that.

If the owner actually spent money, imagine what Rafa could do with this side

Sad to lose, but at least the lads looked like they wanted it and give a go.

So unlucky, wouldn’t surprise me if u won more than spurs do this season tho