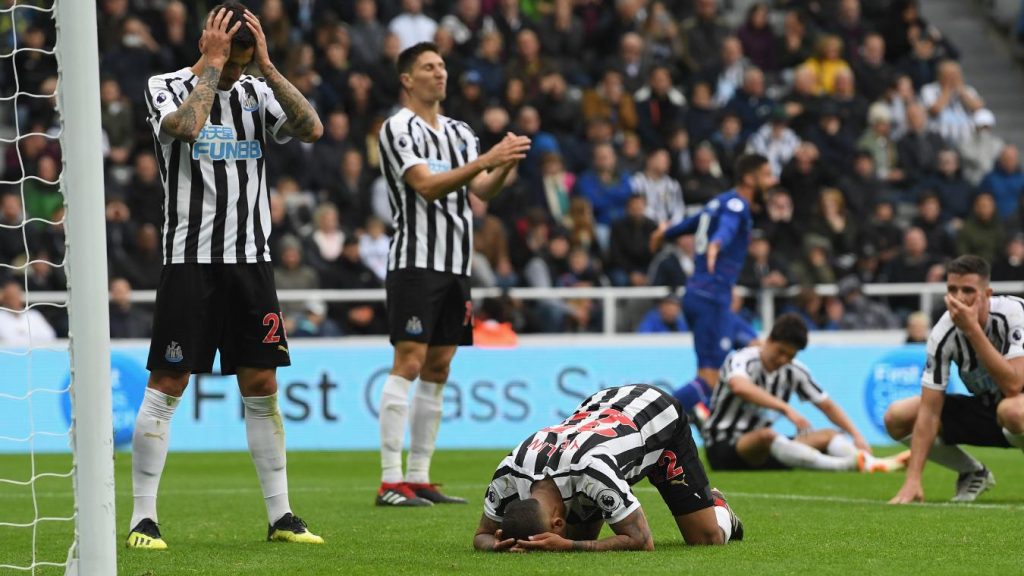 Newcastle United lost 2-1 at home to Chelsea yesterday and the home fans have shared their reactions on social media.

Despite being without the likes of Lascelles and Shelvey, the home side did very well to contain the Chelsea attack for 75 minutes.

However, the Blues were awarded a soft penalty late on in the game and Eden Hazard converted from the spot. Marcos Alonso went down after the slightest of touches from Fabian Schär.

Newcastle hit back through Joselu on the 83rd minute but DeAndre Yedlin’s own goal sealed the three points for the away side. The Newcastle right-back deflected Marcos Alonso’s effort into his own net three minutes from time.

The Magpies have now failed to win all three matches in the league and they will need to bounce back soon. Rafa Benitez’s side should have taken more from all three matches. They missed key chances against Spurs on the opening day and then missed an injury-time penalty against Cardiff.

Deserve it for not playing football

Difficult to play against 12 men!! Unlucky @yedlinny ☹️ The lads worked their socks off and should have come away with a point!!

At home against Chelsea playing like you’re holding on to a 1-0 aggregate lead away to Real Madrid in the UCL semi-finals. Disgraceful football, I’d say the loss is deserved due to how shite Newcastle made the game.

After that you should refunding everyone.

Very very long season ahead!!! Going to be a massive struggle….. ??‍♂️

Relegation fight is on and only Joselu can save us

Need to attack more and stop parking the bus ?