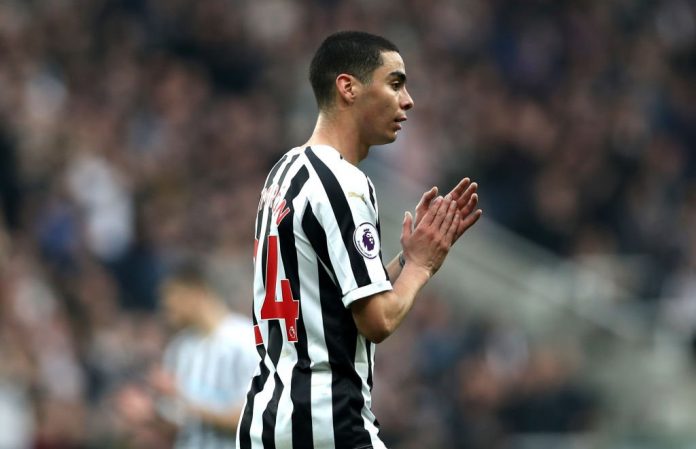 Paraguay held Argentina to a 1-1 draw in their second game of the Copa America, and Newcastle United midfielder Miguel Almiron was the best player on a pitch that had Lionel Messi on it.

The 25-year-old capped a man-of-the-match performance with a superb run to set up his side’s opener – his second assist of the tournament – and Magpies and Atlanta United fans couldn’t help but shower accolades on him on social media.

Almiron became Newcastle’s record signing in January after completing a £21 million move, but an injury limited him to just 10 games.

The Paraguay international continues to show what he is capable of, and he will now be hoping to lead his side to victory against Colombia to boost their chances of advancing.

Newcastle fans were delighted with Almiron’s impressive performance against Argentina, and here is how some of them reacted on Twitter:

looking forward for next full season

That 21 mill already looking like a bargain for #nufc

Sorry for him to face our club joke situation atm. If nothing solve before that, I can see him move out soon.

Messi didn't passed him in the entire match. Paraguay deserved to win all the way.

In this same pic Almiron got the ball off Messi, dude is absolutely Class you lot are so lucky to have him man congrats ??

The South American playmaker ended the 2018 MLS season with 13 league goals and 11 assists for Atlanta, and given his ongoing brilliance at the Copa America, Newcastle surely secured a gem for themselves.