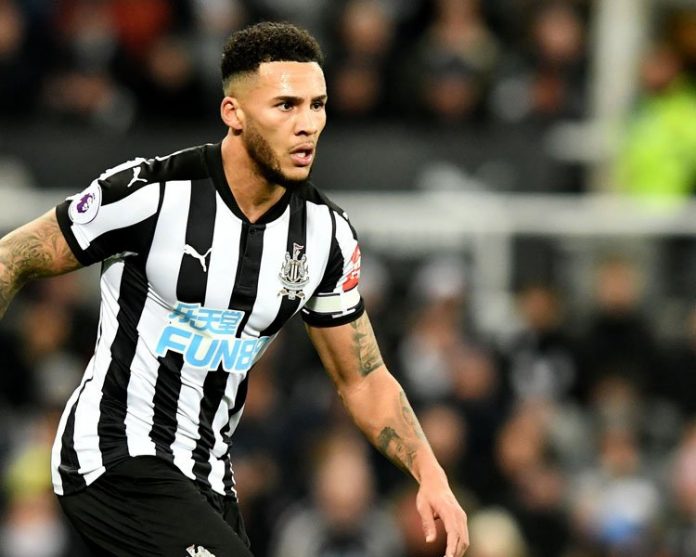 According to reports from the Evening Standard, Chelsea are keeping a close tab on Newcastle United skipper Jamaal Lascelles.

The 24-year-old has developed into a fantastic defender at Tyneside, and the Blues could make a move for him in the summer.

Lascelles is believed to be on a £50k-per-week wage structure, and the Blues could easily match that. In fact, they are looking to add more English players to their squad, and see the Newcastle defender as the perfect fit for the role.

The former Nottingham Forest defender could be seen as an ideal long term replacement of Gary Cahill who turns 33 in December.

Newcastle protected their key asset with a six-year deal in October, and therefore will command a huge transfer fee should Chelsea come calling in the summer.

Lascelles is reportedly a huge fan of Rafael Benitez, while Newcastle are in no rush to sell him. The Magpies are not encouraging any bids for the player at the moment, but Lascelles could be tempted by the prospect of playing Champions League football and earning better wages.

Newcastle fans have taken to social networking site Twitter to express their reaction. Here are some of the selected tweets:

Lascelles speculation was inevitable, if anything take it as a compliment. Can see it being true but will take very big money for him to go. First time we’ve been in a position like this for a while

Resigned to the fact that Lascelles will leave in the summer. Anything north of £50m and he’ll be out the door.

Take the Lascelles speculation as a compliment to him tbh. The lad is something special. Rafa’s turned him into a top defender. Would hate to see him go, but no one can fault his attitude. No one accuse him of having his head turned. Worthy of the armband. #NUFC

I can’t see @Lascelles16 leaving #NUFC he is wor captain, he loves the Toon, Chelsea let him go and he won’t play second fiddle behind Christensen rudiger and co. Plus usctoon fans love you lascelles

As if he’d leave here where he’s adored to sit in Chelsea’s bench and be a squad player. Unless they’re prepared to pay daft money, Rafa won’t sell him