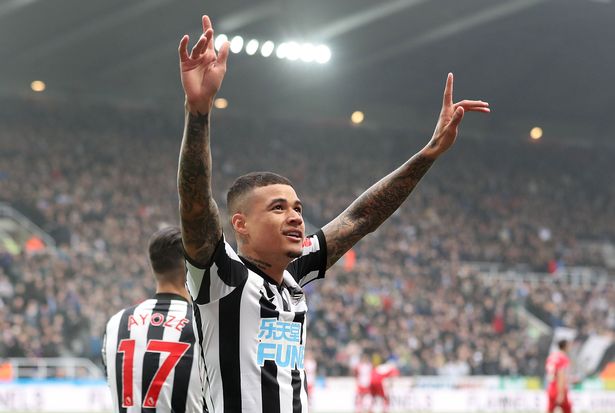 Kenedy joined the Magpies in the January transfer window on loan, and has made a strong impact already.

The Daily Mirror reported on Tuesday that Chelsea will allow the 22-year-old to leave permanently should Newcastle meet their asking price.

It has been reported that the Blues could be willing to do a deal in the region of £15 million, and Newcastle fans want to see the Brazilian at the club on a long-term deal.

Thats a snip be crazy not to sign him

Get him signed, proper talent

15m is a bargain in today’s market, do it now not later

£15million is nothing in top flight football these days. Reckon he would be worth it, especially since he’s still so young, just not sure it’ll happen ?

Not my money but £15m for him? Get him bought #nufc

Kenedy has been brilliant for Newcastle since his arrival and has caught the eye with his performances.

He opened his scoring account against Southampton last weekend, and is proving to be one of Newcastle’s major attacking influences.

The Brazilian scored twice as Newcastle won 3-0 against the Saints at St James’ Park on Saturday and boosted their survival chances.

The victory has taken them to the 13th place in the Premier League table, five points above the relegation zone.