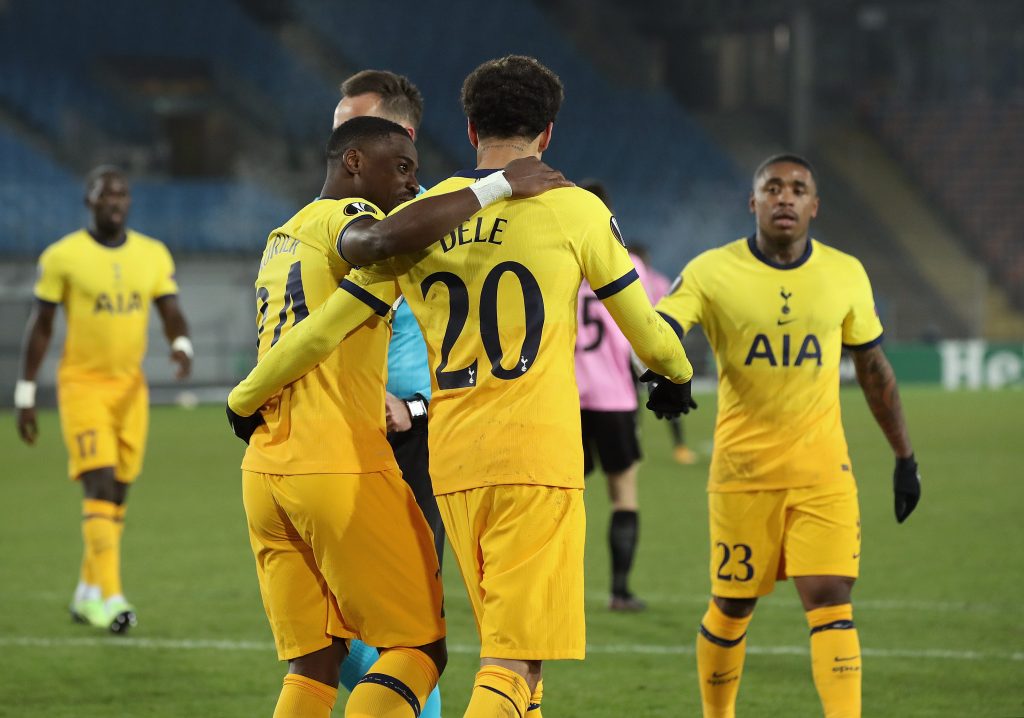 Tottenham midfielder Dele Alli has once again been linked with a move away from the London club.

The 24-year-old midfielder has dropped down the pecking order at Tottenham and it seems that he might have to leave the club in order to play more often.

According to the Telegraph, the player could be loaned out when the transfer window reopens in January and Tottenham are thought to be willing to listen to offers for the midfielder.

The report further claims that Everton and Newcastle United have been credited with an interest in the England international, however, Daniel Levy would prefer to send the player overseas.

Everton and Newcastle could certainly use some creativity in their midfield and Dele Alli could prove to be a smart addition to their side especially on a loan deal. The Tottenham midfielder will add goals to the team as well if he manages to recapture his form.

The 24-year-old midfielder has started just one Premier League game and two Europa League games for Tottenham this season and it will be interesting to see if he can win over Jose Mourinho’s trust and hold down a starting berth at Tottenham during the second half of the season if he is not loaned out.

Dele Alli was regarded as one of the best prospects in English football before Jose Mourinho took over at Tottenham and the fans will be hoping that he can regain his confidence and sharpness soon.

It will be interesting to see how this situation develops over the next few weeks and whether the player decides to force a loan move away from Tottenham in order to resurrect his career.

Some of the Newcastle United fans have taken to Twitter to share their thoughts on the links with Dele Alli and here is what they had to say.

Probably a player that would help the system massively we don’t have a player like him in our squad to create chances. A player I would definitely look at to sign if we get a takeover.

I’d assume if he’s available for a loan deal and wanting a move to reignite his career, then quite a few top clubs here and abroad will be in for him. I hold absolutely no hope of us landing him. Realistically he’d be bonkers if he came here.

Great player but not the place for him trying to chase down Lascelles long balls or tracking back as he hasn’t had the ball for 25 minutes at a time .

Interested maybe, but why would he go to Toon, I’m sure other clubs will be looking also, and Toon would def not be on top of any list for anyone