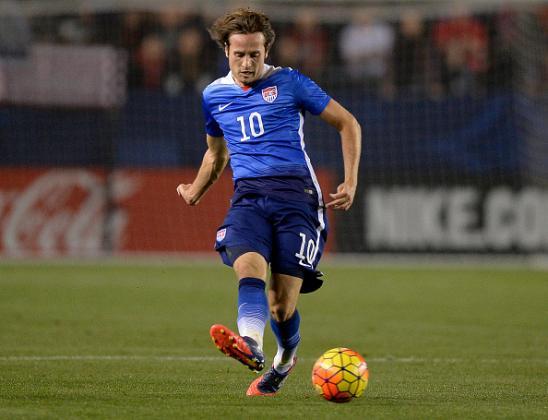 The move has been confirmed by apparel manufacturers Umbro on their social media account.

Delighted to report the news that @MixDiskerud will further be cementing his relationship with Umbro in our hometown, as he proudly continues his footballing development with a 4,5y Manchester City FC contract. (1/3) pic.twitter.com/JEYJdjoTPZ

The 27-year-old playmaker has signed a new four-and-a-half year contract with the Premier League club. However, he is not expected to play for Pep Guardiola’s side.

According to ESPN, the midfielder’s contract with NYCFC (one of Manchester City’s sister clubs) was due to end in 2018. Therefore, the club decided to terminate his deal and send him to Manchester City so that he can be sold to another club.

The deal seems quite similar to that of Aaron Mooy. Mooy was sent on loan to Huddersfield in 2016 after he joined the club from Melbourne City.

Diskerud is likely to train with the club’s reserves until a buyer is found.

The US international had fallen out of favour at NYCFC and the move away will allow him to kick-start his career with another club. The 27-year-old has played for his country 38 times, scoring six goals.

Speaking about MCFC and Umbro, Mix said: “This is a great opportunity for me. I’m very eager to be a part of people and organizations that constantly strive to bring our sport, values and gear to new levels. Manchester City is probably the best football club in the world, and Umbro design the best cleats, and not only for me. Both are historic brands looking to shape the future of our sport.”