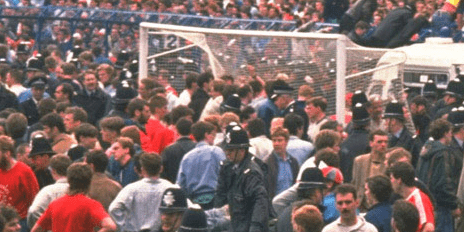 Fresh inquests have been ordered into the deaths of the 96 fans who tragically died during the Hillsborough disaster of 1989.

An application by the Attorney General led to the Lord Chief Justice of England and Wales, the Lord Judge, has prompted the new inquests after a report suggested that 41 of the 96 fans who died could have been saved.

It is massive news for the families of the Liverpool victims who have maintained throughout their 23 year fight that the victims involved were not the ones responsible for the tragedy.

Reports suggest that new evidence has now emerged which grossly undermines the summing up of the coroner at the original inquests into the deaths. It’s estimated that 41 of the 96 deaths could have ‘definitely’ been avoided with another 17 of the deaths rated ‘probable’ in terms of survival chances.

The news should also help Liverpool move forward as a football club because this is something which has plagued the club ever since that FA Cup semi-final against Sheffield Wednesday.

The news could benefit the club moving forward into a busy Christmas and New Year period because it has the ability to unite the fans and get them behind the team.

The Premier League match at home against Manchester United produced some terrible chants from sections of United fans but Liverpool fans managed to produce one of the loudest atmospheres in the Premier League this season.

The news should also help the authorities to sharpen up at football matches and become more responsible and accountable for any crowd problems which may take place.

The original reports into the Hillsborough disaster saw the police pointing the finger at victims and suggesting that too many Liverpool fans willingly tried to get into the ground in 1989 to watch the match.

Hopefully this will be the beginning of the end on one of the darker issues in English football and the game can move forward as a result.