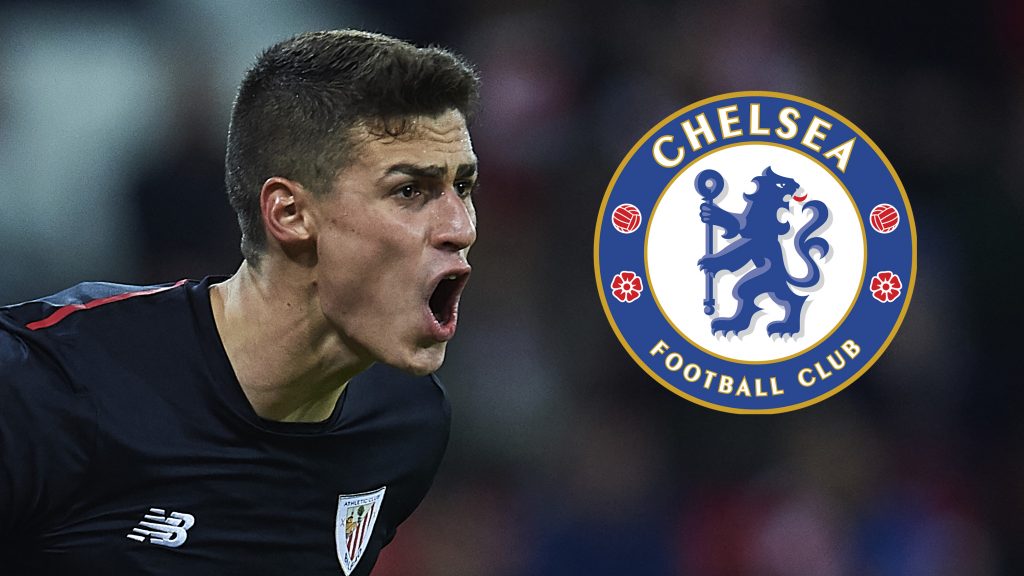 New Chelsea signing Kepa Arrizabalaga is excited to be playing under Maurizio Sarri this season.

Kepa is expected to serve as first-choice keeper for the Blues this season after Thibaut Courtois moved to Real Madrid.

Kepa has good ball distribution skills and became highly-rated during his time with Athletic Bilbao in the La Liga.

He also boasts one cap for the Spanish national team which he earned during a 5-0 mauling of Costa Rica in November last year.

The 23-year-old served as third-choice for Spain during the 2018 World Cup and certainly has the potential to become one of the best keepers in the World under the right guidance.

He is however young and it remains to be seen whether he will adapt to English football. Many fans of Chelsea will certainly believe that the club should have rather swooped for Jack Butland who is vastly experienced at Premier League level and who would have been available on the cheap following Stoke City’s relegation from the Premier League last season.

Kepa revealed that he had a conversation with fellow Spaniard Pepe Reina who informed him that Sarri’s methods would suit him.

The veteran Reina has previously worked with Sarri while the two were with Napoli.

“I think I will be able to adapt and I find his style, his ideas and how he likes to play very attractive,” said Kepa according to the Chelsea website.

“I have references about him from players like Pepe Reina, who was at Napoli and knows him, and was very happy with him. Maurizio’s style is not unlike the style used with the Spanish national team where I’ve played for many years so I don’t think it will be a problem.

“What I expect to achieve in these seven years is great growth, both personally and collectively as a team. I hope we will win many titles and I hope in seven years when I look back I will be very proud of what I have achieved.”