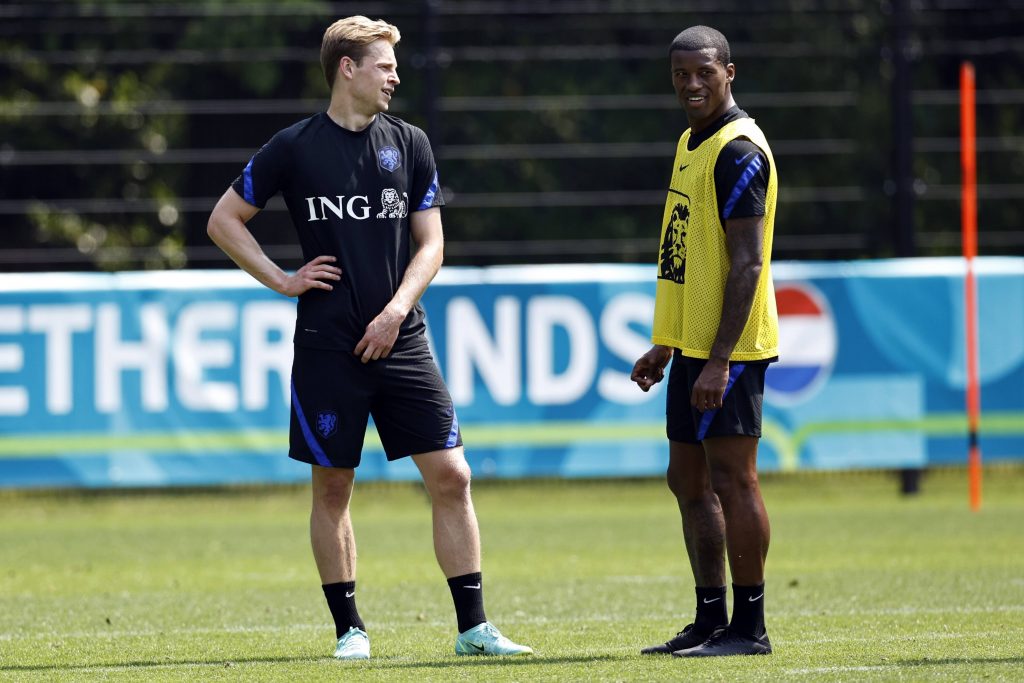 The Netherlands’s Euro 2020 Group C campaign gets underway on Sunday as they take on Ukraine at the Johan Cruijff Arena.

The last time the Netherlands played a match at a major tournament at this venue, they failed to get on the scoresheet, bowing out to Italy on penalties in the Euro 2000 semi-finals.

Meanwhile, the Ukrainians have never made it out of the European Championship group stage as a sovereign country.

The Netherlands vs Ukraine Head-To-Head

The Netherlands and Ukraine have never faced each other in a competitive match before, let alone at a major international tournament.

However, the 1988 European Championship winners have avoided defeat in their previous friendly meetings, claiming a 3-0 win in 2008 before being held to a 1-1 draw in 2010.

After missing out on Euro 2016 and the 2018 World Cup, the Netherlands return to a major international tournament as they take part in their tenth UEFA European Championship.

Despite reaching the tournament’s semi-finals four times since the 1988 edition (second-most after Germany), the Netherlands last qualified for the final four in 2004.

Additionally, they lost all three of their group stage fixtures in their last appearance at the European Championship back in 2012.

Since succumbing to a disturbing 4-2 away loss to Turkey in the 2020 World Cup qualifying campaign, the Oranje have racked up a four-game unbeaten run in all competitions, friendlies included (W3, D1).

After qualifying for their first European Championship tournament as a sovereign state in 2012, Ukraine have made the final competition three times in a row.

Ukraine claimed a 2-1 victory against Sweden in their first Euro fixture but have since lost their subsequent five matches at the final tournament.

The Ukrainians now face the risk of equalling the negative European Championship record for six defeats in a row set by Yugoslavia from Euro 1968 to Euro 1984.

Despite producing 67 attempts on goal across their last five matches at Euro finals, Andriy Shevchenko’s players drew a blank on each occasion en route to setting a negative tournament record.

Ahead of Sunday’s kick-off, they have avoided defeat in six consecutive international games (W2, D4) after losing three on the spin beforehand.

The Netherlands vs Ukraine Players to Watch

Heavily linked with Barcelona, Memphis Depay was the Netherlands’ headline performer in the Euro 2020 qualifying campaign.

The 27-year-old forward registered six goals and seven assists in 495 minutes of action, averaging a goal or an assist every 38 minutes, more than any other player to contribute to at least five goals.

Ruslan Malinovsky enjoyed an outstanding run of form for Atalanta down the final stretch of the 2020/21 season.

The 28-year-old attacking midfielder was directly involved in a staggering 15 goals across his last 11 Serie A outings, scoring six and assisting nine.

The Netherlands vs Ukraine Predicted Line-ups