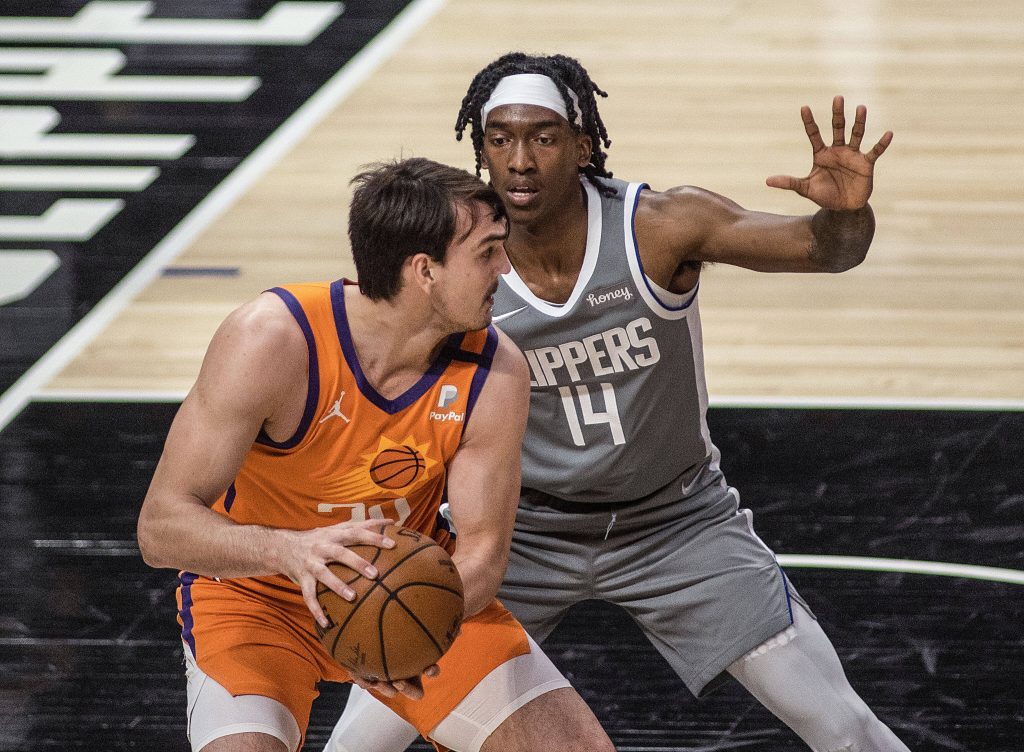 Los Angeles Clippers kept their hopes of winning the NBA title alive last night with a 116-102 victory over Phoenix Suns.

The result leaves the Suns 3-2 ahead in the seven-game series, needing just one more victory to progress to the NBA Finals.

The first three games between the two teams appeared to support a theory put forward by NBA lines site Betway that home advantage is crucial in the play-offs.

The Suns raced into a 2-0 lead with victories on their home court before the Clippers bounced back to take game three in Los Angeles.

However, the fourth game did not go to script as the Suns secured what could turn out to be a decisive 84-80 road win.

The Clippers’ victory last night kept them in the series, and they have a chance to tie things up later this week when the two teams meet in LA.

If the Suns fail to get the job done in that game, there would be a final game decider in Phoenix on Friday.

With the Suns having that safety net to fall back on, they remain the favourites to progress to the Finals against either Milwaukee Bucks or Atlanta Hawks.

Failing to defeat the Suns would be a huge blow to the Clippers and call into question their strategy towards the end of the regular season.

They left out several key starters for their final two games and proceeded to lose back-to-back games against teams with a combined 39-104 record.

The results saw them drop to the number four seed in the Western Conference, thus avoiding a first-round play-off meeting with defending champions Los Angeles Lakers.

The Lakers were subsequently dumped out of the play-offs by the Suns, but the Clippers’ move undoubtedly came with huge risks attached.

However, their more likely opponents are the Bucks, who own a higher seeding than the Clippers and would have home advantage for the Finals.

As highlighted by Betway’s research, the Bucks would be big favourites to clinch the championship with four of the seven games played on their home court.

Over the 71 seasons that have been played in NBA history, the team with home advantage in the Finals has won the title in 50 of them.

On that basis, the Clippers’ decision to tank in their final two games of the regular season could prove to be a massive mistake.

While they secured a perceived easier route to the Western Conference Finals, the road from this point is much more difficult.

The Clippers’ decision may yet be vindicated, but they will have to overcome huge odds if they are to prove it was the right move to make.