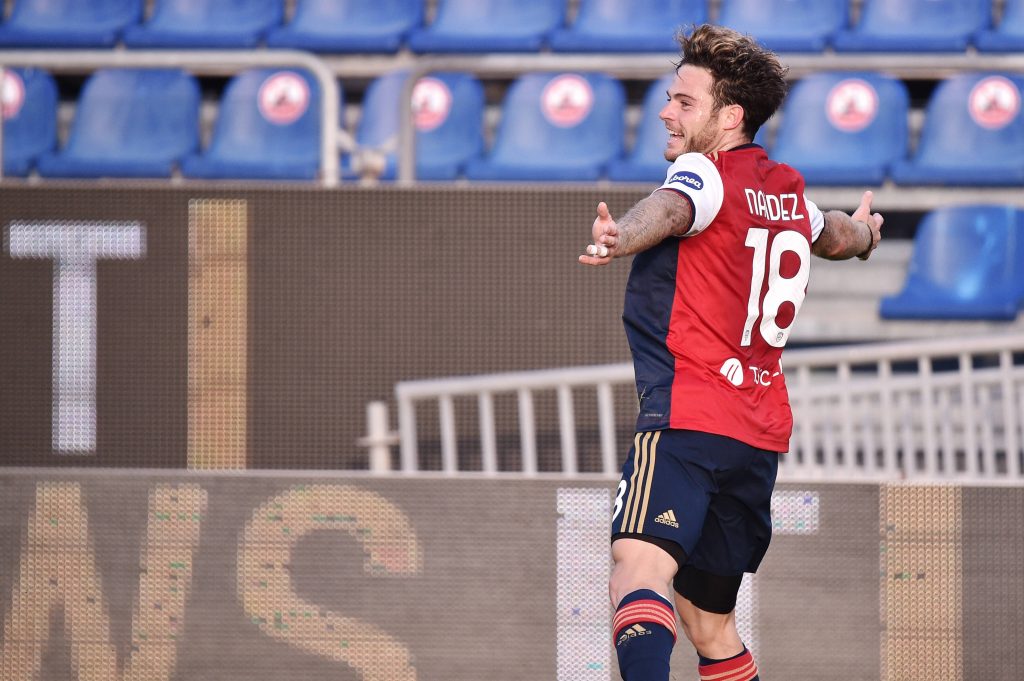 Nahitan Nandez is imminently set to join Tottenham Hotspur on an initial loan deal, according to a report from Fanta Calcio.

Central midfield is certainly an area where Spurs boss Nuno Espirito Santo will be keen to bolster before the transfer window slams shut.

And Nandez would be the ideal addition for Tottenham as they strive to force their way back into the top four this season.

The North London outfit were first linked with a move to sign the 25-year-old five days ago by Centotrentuno.

It now seems as though Spurs are closing in on the Uruguay international.

Fanta Calcio reckon that Spurs will pay an initial £4 million loan fee for the tenacious midfielder.

The South American is valued at around £30m (Fanta Calcio). Whether there is a purchase or obligation to buy included in the loan deal is unclear.

Nandez is pushing to leave Cagliari and Tottenham have apparently ‘sunk the decisive blow’.

The pocket-sized ace would be a superb addition for Spurs, he is so perfectly suited to the Premier League.

Fabrizio Romano once described Nandez as a warrior. He will certainly bring some much needed aggression, bite and energy to Tottenham’s play in the middle of the park.

And it seems as though it’s just a matter of time before he is plying his trade in the Premier League.