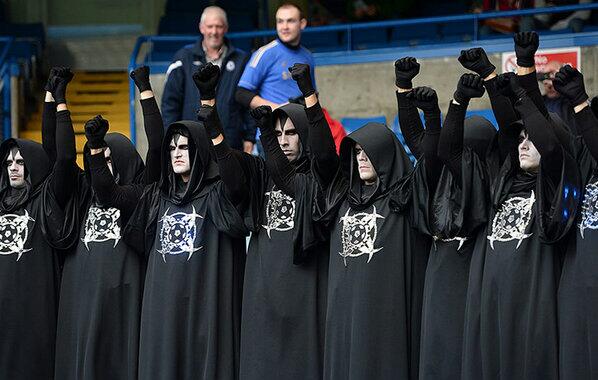 Strange occurrences at football matches in London, Turin and Munich have sparked a wave of questions by the footballing community of late.

The presence of mysterious circles on pitches have disrupted football matches throughout the continent, while the presence of strange people in robes at games have caught the attention of many.

The presence of aliens has been confirmed, with the extra-terrestrial visitors making the crop circles and wearing robes at football matches. The aliens have challenged earth to a game of football; the winners of the game will claim control of earth, so it is literally a #WINNERTAKESEARTH clash.

Beckenbauer also has confirmed that the mysterious guys in robes spotted at games are in fact aliens scouting some of earth’s best players, and that he will pick the team to play against the visitors.

The legendary German has refused to name the particular players that he has in mind for his team to save the planet, but competitors from the top European leagues are expected to feature.

This is a startling revelation, with the fact that we are not alone in the universe now confirmed. With the threat of a new species heading to earth, our fate will not be decided on the battlefield, but on the football pitch.

With everything on the line, Beckenbauer must ensure his team selection is spot on, with the players on the earth team battling for the planet’s continued existence.

Which players should be selected? Are you confident we can beat the alien invaders?