Mourinho tells Marcos Rojo he has no future at Man Utd 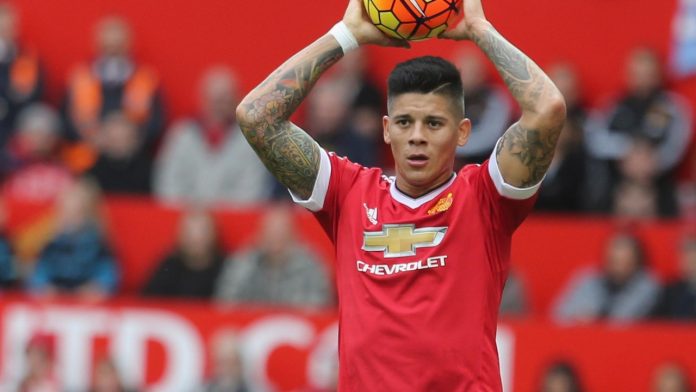 The Argentina International, who is currently on international duty to represent his national side in the Copa America, joined the Premier League giants from Sporting CP two seasons ago.

Despite never being far away from the starting berth under Louis van Gaal, Rojo has failed to adapt English football and has spent time on the sidelines with several injuries more than often.

Rojo impressed the former Netherlands’ national team coach during the 2014 World Cup, after playing a key role to help Argentina reach the final of the elite tournament but the incoming Man Utd boss is far from convinced with the attributes that the 26-year-old offers.

Mourinho is thought to have informed Rojo to find a new club for himself this summer after identifying him surplus to requirements for the Portuguese’s plans for his much-anticipated tenure at Old Trafford.

Rojo is yet to find the back of the net in the Premier League, having appeared in exactly half of the league matches since his move in 2014 which raised more than a few eyebrows during the time.

Mourinho is reportedly prepared to sanction sell for any fee over £10 million for Rojo, who is set to face Chile in the final of the Copa America on Sunday night for the second time in as many years.

The former Real Madrid and Chelsea boss has already reinforced his back line by making ex-Villarreal defender Eric Bailly his first signing at Man Utd but the futures of Rojo’s fellow defensive teammates Phil Jones and Matteo Darmian remain unresolved.

Rojo, who faced severe criticism to have appeared to be smoking at a nightclub in March, was linked with a move away from Old Trafford even before the end of last season despite uncertainty over the managerial unit at Man Utd.

The versatile defender’s contract with Man Utd runs until 2019 but the Argentine will be expected to leave the club this summer with a move to La Liga or Serie A said to be his likely destination.