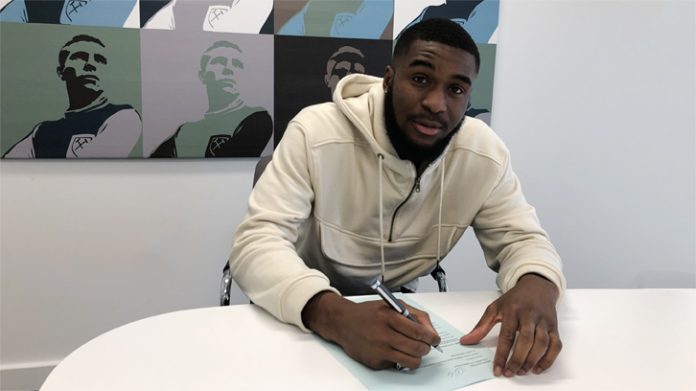 West Ham have agreed on a new deal with the highly talented midfielder Moses Makasi.

The 22-year-old captained West Ham’s U23 side last season and he will be hoping to continue his development after extending his stay at the club.

As per the reports, Makasi has penned a new one-year contract with the Club. He has been at West Ham since he was nine years old and it will be interesting to see whether he can force his way into Pellegrini’s first team plans anytime soon.

The 22-year-old joined League One outfit Plymouth Argyle on loan during the second half of last season and he managed to impress with the Pilgrims.

Makasi helped Neil Adams’ team come close to achieving their top six ambitions before losing out on the final day.

Having signed his extension with the club, Makasi revealed that the loan move was a great experience and he is proud to continue his journey at West Ham.

He said: “It’s a proud day putting pen to paper for another year of playing for West Ham, obviously it’s a pleasure for me and I’ve just got to keep going for next season and see where it takes me. I was pleased with my season last year. I obviously came in and took on the captaincy and then went out on loan, scored on my debut and played seven games before then getting injured. The injury came at a bad time but overall it was a good season and a good loan period and hopefully I can be as successful next season. Fighting for the play-offs, playing men’s football and chasing points; I really enjoyed my time there. It was a great experience and a really good move for me. There is nothing else like that, playing for three points twice a week.”

Congratulations on the extension……first team chances next season hopefully !

Who even is he

Never gonna make it at West Ham. Waste of space