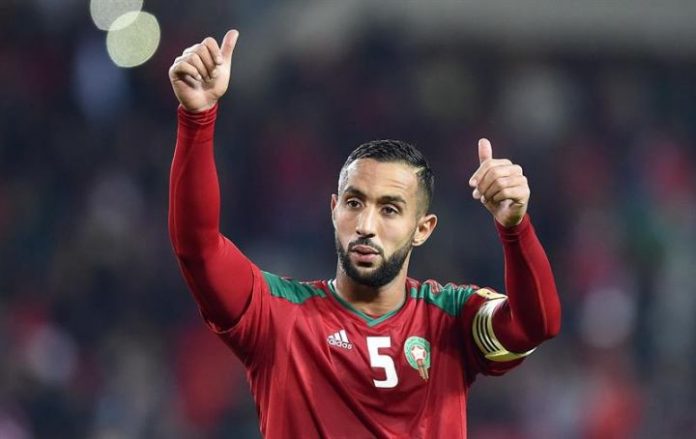 Morocco’s reward for reaching their first World Cup since 1998 was to be drawn alongside both Spain and Portugal in what is a difficult Group B.

Two decades ago in France they were unlucky not to make it out of their group, with only a surprise win for Norway over Brazil denying them a place in the last 16.

The Atlas Lions will not be fancied in Russia but their defensive nous, which saw them concede just once in qualification, means they may prove a tricky and frustrating opponent.

This is a team brimming with European-based players, with only three in the 23-man party currently plying their trade in their home country.

Solidarity is the name of the game for Morocco but there are some attacking talents sprinkled throughout that should make them interesting to watch at the tournament.

Southampton’s Sofiane Boufal failed to make the cut after an uninspiring first season in England.

The temperamental winger showed his talent by scoring the Premier League’s Goal of the Season in the 1-0 win over West Bromwich Albion in October, beating six men before slotting past goalkeeper Ben Foster.

However, that was pretty much it for the highlights reel of his time at the Saints and a falling out with manager Mark Hughes towards the end of the campaign means he has not played competitively since March.

Considering that the Morocco squad prides itself on togetherness and discipline, it is little surprise that Boufal has been omitted.

Fans of Cambridge United may recognise Renard from a stint at the Abbey Stadium in 2004 and will be surprised to note that he is about to lead out a team in Russia.

The Frenchman helped change the fortunes of Morocco following his appointment in 2016, partly through a series of bold tactical changes that resulted in a numerous players playing in unfamiliar, yet more effective, positions.

Renard has generated a strong sense of unity in the squad and takes much of the credit for guiding his side to their first World Cup in 20 years.

Despite having experimented with a 3-4-2-1 formation in a recent friendly against Ukraine, Morocco are likely to revert to a more familiar 4-2-3-1 once the World Cup is underway.

That setup relies heavily on the central midfield trio of Karim El Ahmadi, Moubarak Boussoufa and the slightly more advanced Younes Belhanda to provide protection when possession is surrendered.

The experienced Khalid Boutaib will lead from the front and occupy opposing defences with his physical presence, whilst Wolverhampton Wanderers star Romain Saiss marshals the backline with captain Medhi Benatia.

Hakim Ziyech provides the spark, operating mainly from the left wing but with a license to drift inside.

As mentioned above, the Ajax man is the real star of this team.

With nine goals and 18 assists for his club this season, the 25-year-old is a genuine talent and it is no surprise to see him linked with Europe’s elite this summer.

Morocco will be leaning on him to create chances in the final third, whether it is through his sharp passing, incisive dribbling or set-piece expertise.

Born in France, the Schalke star enters the world’s biggest competition on the back of being named as the Bundesliga’s Rookie of the 2017-18 season.

Comfortable running at pace with the ball at his feet, Harit scored three goals and provided seven more for his team-mates in the German top flight this term.

With only a handful of caps to his name, the youngster may not be a starter but will certainly be one to watch from the bench.

With such illustrious opposition in Portugal and Spain to come in their final two Group B fixtures, Morocco’s qualification hopes will hinge on the outcome of their opener against Iran.

Should they overcome the Asian outfit, then it could take just one shock result against either of the favourites to see them through.

That remains an unlikely scenario, however, and Morocco may well have to be content with a third-placed finish.