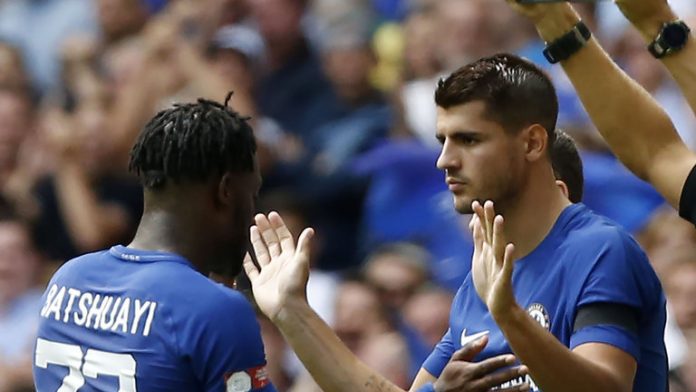 Alvaro Morata could be on his way back to Juventus this summer, with Chelsea striker believed to be ready to demand a move away from Stamford Bridge.

Italian media outlet Tuttosport has claimed that Chelsea are willing to let the 25-year-old return to his former club, but only if they meet the £62 million asking price.

Paris Saint-Germain and Bayern Munich are also believed to be interested in Morata and the fee is unlikely to be a problem for either club.

However, Juventus are believed to favour a two-year loan deal for Morata who it’s said would be “happy to return” to the Serie A club.

He previously played for Juve between 2014 and 2016, sandwiched in between two spells in Spain with Real Madrid.

Morata joined Chelsea from Madrid last summer in a deal worth £58 million.

He made an excellent start to his Chelsea career, netting seven times in his first seven games. Since then Morata has struggled, both with injuries and on the pitch, scoring just once in the league this year.

Chelsea boss Antonio Conte again opted to pick the in-form Olivier Giroud from the start against relegation-threatened Swansea on Saturday, where an early Cesc Fabregas goal was enough to secure a 1-0 win.

Morata replaced Giroud with five minutes to play and Conte appeared to express his unhappiness with the Spaniard’s efforts this season in his post-match press conference.

“We are not clinical – in the last period we can kill the game, but the game was still in the balance,” he said.

“If your best scorer (Eden Hazard) has only 12 goals, it is difficult to fight for something important.”

Morata was recently omitted from the Spain squad for their recent World Cup warm-up games against Germany and Argentina and a move away from Chelsea this summer now seems highly likely.