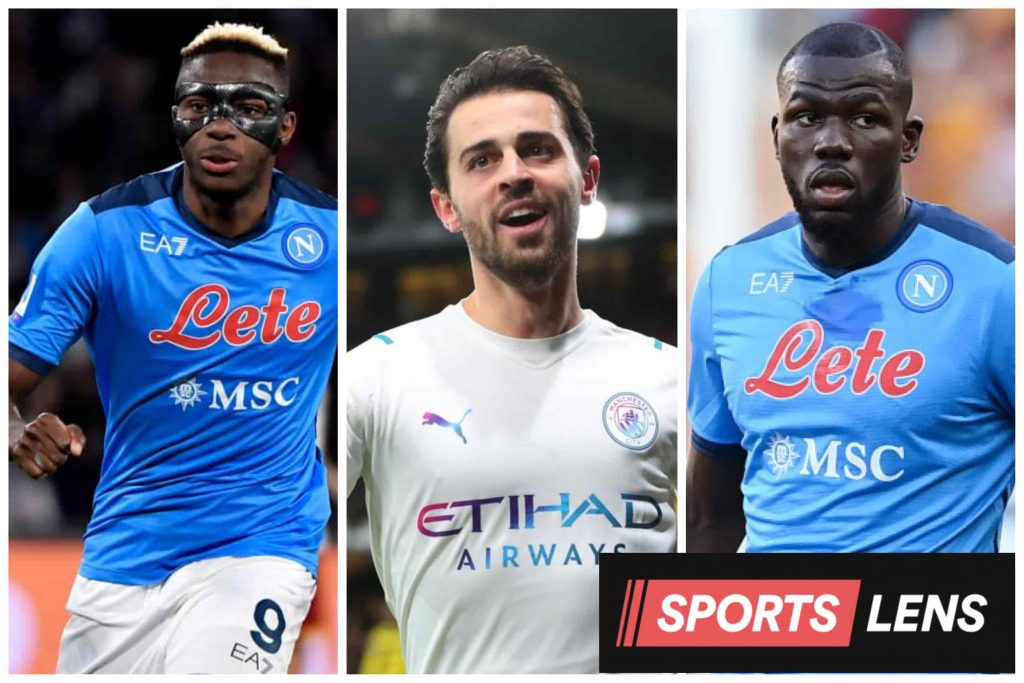 We’re beginning our Monday morning here at Sportslens with an exhaustive round-up of the latest transfer news, rumours and gossip circulating the papers.

Leeds winger Raphinha looks set for a move to Barcelona, with the Brazilian intent on securing a dream move to the Nou Camp despite Chelsea’s more substantial offer last week (Daily Mail).

Both Manchester United and Bayern Munich are said to be keeping tabs on Napoli striker Victor Osimhen (Gazzetta dello Sport).

PSG and Chelsea will attempt to sign want-away striker Robert Lewandowski should Barcelona be priced out of a deal by Bayern Munich (Sport Bild).

Bayern Munich could approach Tottenham over a move for striker Harry Kane as a replacement for Lewandowski (Kicker).

Manchester United will attempt to sign both Antony and Lisandro Martinez from Ajax in the coming weeks, although the Dutch champions have set a collective price tag of £105m for the pair (The Times).

Frenkie De Jong has returned to Barcelona for pre-season training, although talks over his future are set to take place this week. While President Joan Laporta is adamant the Dutchman will stay, there are reports the Barcelona board are keen for him to take a pay cut otherwise they may be forced to accept a suitable bid (Marca).

Arsenal have made a £6m bid for Benfica left-back Alex Grimaldo, 26, formerly of Barcelona (The Mirror).

Lucas Torreira, who has returned to Arsenal this summer after a loan move to Fiorentina last season, has reportedly held talks with Jose Mourinho over a move to Roma (The Mirror).

Tottenham’s Sergio Reguilon has been deemed surplus to requirements by manager Antonio Conte, with Sevilla reportedly keen on bringing the Spaniard back to his home country (Daily Mail).

Arsenal and Newcastle have both registered their interest in Lyon’s talented attacking midfielder Lucas Paqueta, but £55m is deemed to be too high a price for both parties (CBS Sports).

After new Chelsea owner Todd Boehly travelled to Barcelona for talks with the club, the Blues are keen to receive some sort of renumeration, believed to be around £7m, for Spain defender Cesar Azpilicueta, who has already agreed personal terms with the Catalans (Evening Standard).

Manchester City’s Nathan Ake is close to securing a move back to Chelsea after agreeing personal terms, and the former will look to replace the Dutchman with a new centre-back should he leave (Fabrizio Romano).