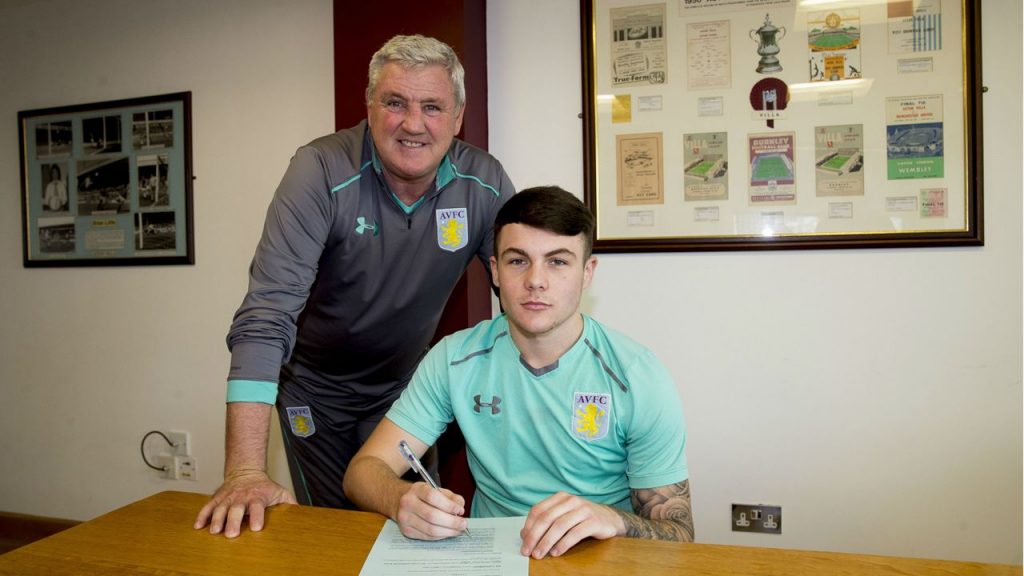 Aston Villa have agreed to a new deal with the highly talented defender Mitchell Clark.

The 19-year-old Welsh footballer is very highly rated by the coaching staff at Villa Park and the Championship outfit were keen on securing his long-term future at the club.

The deal has been confirmed on Aston Villa’s official website. Clark’s new deal will keep him at the club until 2019.

Mitchell Clark was handed his first team debut earlier this season in the Carabao cup. The versatile full back player 90 minutes as Villa managed to eliminate Wigan in the second round of the competition.

The 19-year-old is a key member of Aston Villa’s Under-23 side and he has also represented Wales at the Under-19 level.

Having signed his new deal with the club, the player took to Twitter to send out a message to the fans.

Happy to sign a new deal at @AVFCOfficial looking forward to the future‼? pic.twitter.com/L4TDVgb72B

It will be interesting to see whether Steve Bruce gives Clark a chance in the Championship anytime soon. The 19-year-old is a massive talent and first team experiences will only improve him as a player.