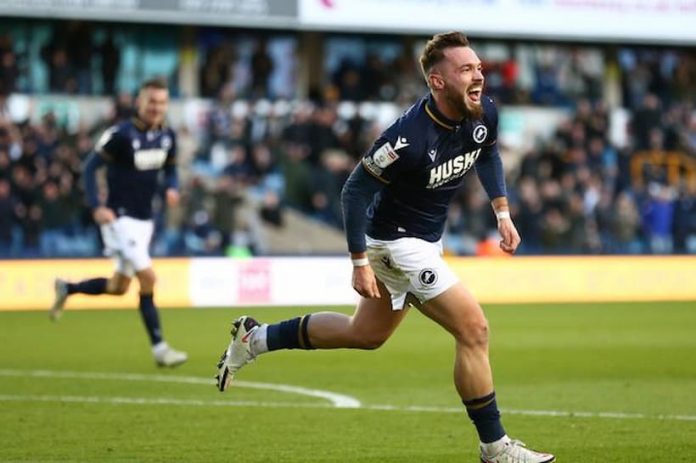 15th placed Millwall are one point behind Preston heading into tomorrow’s game. But the Lions do have a game in hand.

A win tomorrow and another three points from the game in hand could see Gary Rowett’s team leapfrog Preston in 13th place and move up as high as 8th in the table.

You can always rely on the unexpected to happen in the Championship, so neither Millwall nor Preston fans will have ruled out a late bid for playoffs just yet. But both sides are running out of time to hit form and need to take all three points in the showdown at The Den.

As such, expect a tough match between the Lions and the Lilywhites tomorrow. And, for live streams, a full preview, the latest team news, and a free bet read on:

If you’re looking to live stream the Championship clash between Millwall & Preston tonight, then bet365 is a great option.

Just sign up at bet365 to watch Millwall vs Preston live stream, as well countless other fixtures from across the football world.

After losing three successive games vs Bristol City, Nottingham Forest, and Blackpool, Millwall’s promising start to the Championship campaign was in danger of becoming completely undone.

With the pressure on for manager Gary Rowett last weekend against West Brom, however, Millwall responded well, winning 2-0 and keeping themselves in with a chance at the playoffs.

The Lions are nine points off Middlesborough in sixth place but do hold a game in hand on many of their rivals. But, to really push themselves back into contention, Millwall need to win home games against rivals. And fans will be hoping that begins tonight vs Preston.

Preston’s form has been inconsistent of late. North End have won one, lost one, and drawn three of their last five, though last week’s late equalizer against Bristol City to salvage a 2-2 draw will no doubt give Ryan Lowe’s side plenty of confidence going forward.

Currently eight points off the playoff paces, like Millwall, Preston can ill-afford to drop points against rivals

To defeat Millwall, the Lilywhites will be hoping that star striker Emil Riis Jakobsen (pictured above) can continue his hot streak in front of goal. The Danish forward has four goals in his last four matches for Preston and 12 goals in the Championship overall.

There is also a host of Millwall vs Preston North End betting offers available for this game, click here to find out more.

When does Millwall vs Preston North End kick-off?

The Championship game between Millwall & Preston North End kicks off at 19:45 BST on February 1 at The Den

With no new injury problems to report, Gary Rowett is likely to stick with the same starting XI that began the game against West Brom.

After a disappointing first-half showing vs Bristol City, Preston boss, Ryan Lowe, is expected to make a few changes to reinvigorate his faltering starting Xl, including the potential introduction of Joshua Earl at left-back.