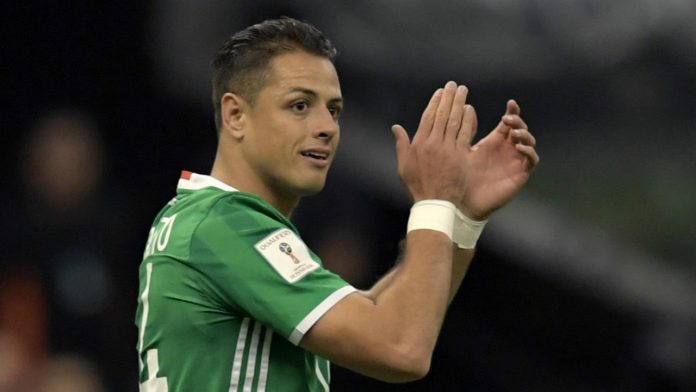 Mexico will take part at their seventh successive World Cup finals and are looking to go beyond the last-16 stage for the first time since they hosted the tournament in 1986.

With holders Germany alongside them in Group F, they face a tricky task but will be boosted by what was a relatively stress-free qualification process.

Fixtures against Sweden and South Korea will be pivotal to their prospects of reaching the knockout rounds.

There are some familiar names in what is an experienced squad travelling to Russia.

In fact, no player in the preliminary 27-man party has less than 10 caps to his name, but that lack of young talent may ultimately hinder the North Americans.

Nonetheless, Mexico topped the CONCACAF qualifying group with just seven goals conceded; they will need all of that defensive resilience to make an impact here.

Nestor Araujo was named in the original squad but had to withdraw through injury, which will force a rethink in the centre of defence.

The 26-year-old Santos Laguna star has a knee problem and will not take part in the tournament.

Perhaps more interesting is who else will be cut before the opener against Germany on June 17; a number of players will be sweating over their places after a dull friendly stalemate against Wales, whilst fitness concerns remain over former Tottenham Hotspur man Giovani dos Santos.

The powers that be have a big decision to make and one way or another, some notable faces will be missing out.

Appointed in October 2015, Colombian boss Osorio has brought a touch more consistency to the Mexico team, as evidenced by their strong qualifying displays.

However, there have been some blips along the way; the 7-0 defeat to Chile at the Copa America Centenario in 2016 was a particular low point, as was his six-match ban for insulting officials during a Confederations Cup loss to Portugal last year.

Nonetheless, the former Sao Paulo coach has a win ratio of around 65 per cent during his time in charge and will be quietly confident of springing a few surprises in Russia.

Despite toying with a three-man defence in more recent friendly fixtures, expect Osorio to revert to a four-man backline for the beginning of the World Cup.

Jonathan dos Santos and Hector Herrera will hold the play together in the middle and, depending on the opposition, they may have either a more attacking playmaker operating in front of them, or another body in the heart of the pitch to keep things tight.

There is some flair in the side going forwards but the circumstances of tournament football may see Mexico lean towards function over style.

He may not have had the best of seasons with West Ham, but Chicharito remains his country’s all-time leading scorer and his knack for being in the right place at the right time could prove pivotal.

The striker shot to notoriety with goals at the 2010 World Cup and will hope that another fine tournament will put him in the shop window ahead of the summer transfer window.

Picking a wild card from such an experienced squad is a tough ask given that so much is known about these players, but Hirving Lozano of PSV Eindhoven may turn out to be one of the breakthrough stars at these finals.

His first campaign in the Netherlands saw the 22-year-old bag 17 Eredivisie goals, despite playing largely from the wings, whilst he also displayed an eye for a decisive pass by setting up a further 11 for his team-mates.

Lozano is pacey and loves to drift in off the flanks; he could provide the cutting edge that Mexico are perhaps lacking elsewhere.

Germany are rightly favourites to top Group F, meaning Mexico will likely be left to fight with Sweden for second place.

They have previous for getting out of groups containing tough opponents and that will serve them well, as will the vast experience contained in the team.

Providing they can avoid a slip up against South Korea, it may all come down to a straight shoot-out with the Swedes in the final fixture on June 26.

Beyond reaching the knockout stages, it is hard to see Mexico making much of a dent in the competition. 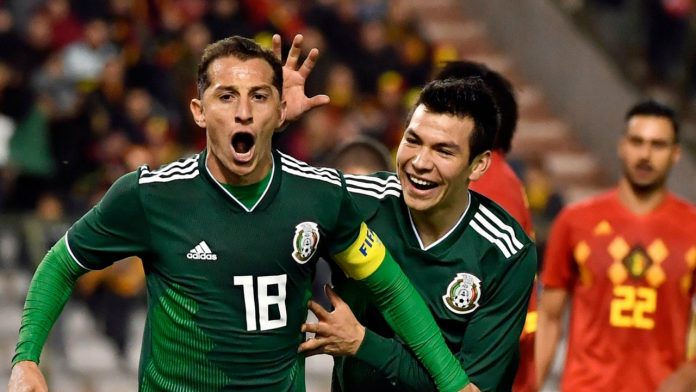