Manchester United winger, Memphis Depay, has been spotted smoking a shisha pipe during a visit to the Netherlands. The Dutch forward, who is not in José Mourinho‘s first team plans, is expected to leave the club in the January transfer window.

According to recent reports, Depay was hanging out with a friend and three female companions when he smoked an entire shisha pipe. A recent research suggests that an hour-long shisha session can have the same affect as smoking 200 cigarettes.

Check the image below: 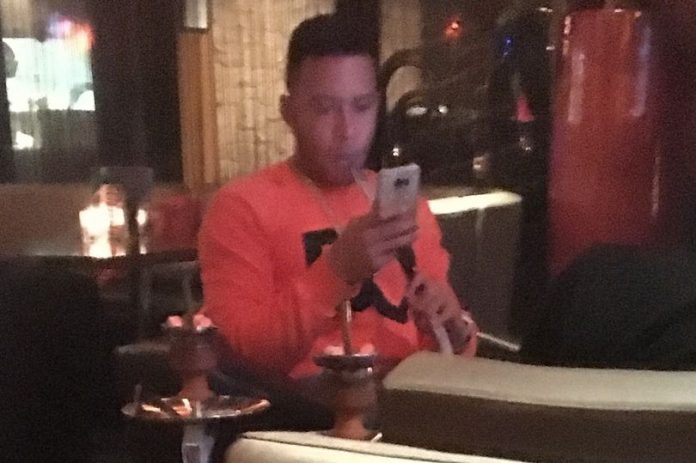 Depay’s shaky relationship with Mourinho is set to be pushed further following this latest incident, and it remains to be seen how United will deal with this matter.

The Dutchman joined United in 2015, for a reported fee of £25m, but he is yet to start in the Premier League this season. He has made just four appearances from the bench this season, and his last outing was when he came as a substitute in the 4-0 Europa League win over Feyenoord in late November.

Depay has been linked with a move to Everton, and in all probability the deal will go through, but certainly he did some strong damage to his reputation ahead of a potential transfer move.