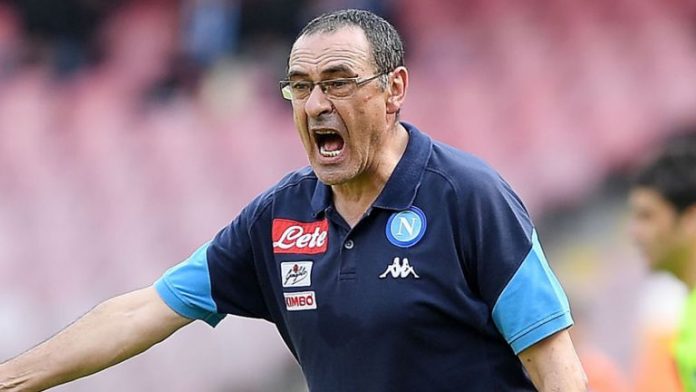 Chelsea’s long-winded pursuit of Maurizio Sarri and Jorginho could reach a conclusion on Wednesday.

Italian journalist Gianluca Di Marzio has claimed that the transfers are edging closer to being completed following discussions earlier this week.

Napoli midfielder Jorginho is understood to part of a £57.5 million deal that will see Sarri appointed as manager at Chelsea.

The Blues were linked with Sarri back in February and although other managers were tipped to take over at Stamford Bridge it appears he is owner Roman Abramovich’s number one choice.

Speculation surrounding Antonio Conte’s future at Chelsea has rumbled on for months and the club’s failure to qualify for the Champions League was expected to signal an end to his tkime at the club..

Abramovich closely followed Sarri’s progress at Napoli and he is known to be an admirer of the job he has done in Serie A.

He won promotion to the top flight in his second year in charge and managed to keep them safe from relegation the following season.

Sarri replaced Rafa Benitez at Napoli in June 2015 and went on to build a side that mounted a serious challenge to Juventus at the top of the league.