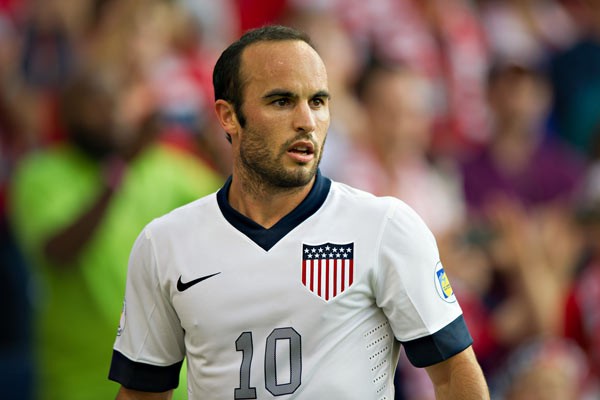 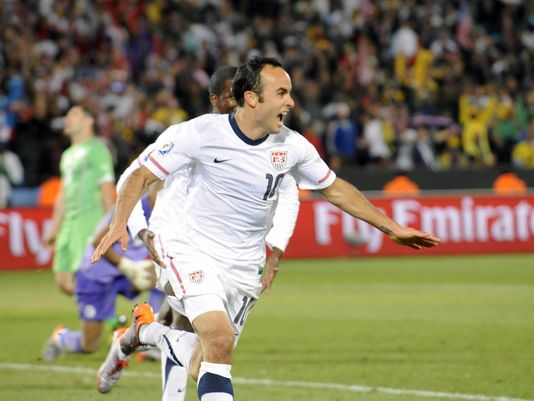 Young Landon Donovan was a jerk, and a bit of a rebel. He dyed his hair bleach blond. He whipped off his shirt whenever possible in goal celebrations. He was cocky and brash. His teammates didn’t like him.

Bruce Arena recalling the first time he watched Donovan, also said that, “Landon was good, but he was an absolute punk.”

By now, the first line of Donovan’s career biography reads something along the lines of, “You either love him or loathe him,” or, “he’s either the greatest American soccer player of all-time or the most frustrating.”

Donovan has always divided opinion. He’s always sparked fierce debate. He’s the best player in the history of a league many of his fans didn’t want him playing in. He’s simultaneously regarded clutch and soft, and no one can quite decide if he ever lived up to his incredible potential.

He’s a walking oxymoron. Even though Donovan portrayed himself as the guy with the biggest and loudest ego on the block when he was young, he’s more comfortable as a cerebral, retrospective old soul who has his career, goals, and life in perspective.

Donovan is soft-spoken in interviews. When he has something important to say, you can’t hear a difference in his tone or pitch. Grant Wahl marveled at the way Donovan took apart David Beckham in interviews for his book The Beckham Experiment, without batting an eyelash. You almost wonder if Donovan is just painfully self-conscious.

He’s certainly smart. In rarer and rarer moments of candidness, Donovan can be mesmerizing. Donovan’s worldliness makes you believe that he might not be a guy who sticks around soccer after he retires.

To put it simply, Donovan has grown into a very interesting guy in a way that most athletes certainly aren’t. Donovan’s brash young persona was selling himself short. There’s a lot to Landon – and at times that makes him an easy target.

Donovan has always been sensitive and struggled with insecurities. The story is that he’s soft, or lacking work-ethic and ambition for not pursuing a career in Europe – even though Donovan’s signing was the one that turned MLS around and made it possible for Bradley and Dempsey and David Beckham to come Stateside at all. 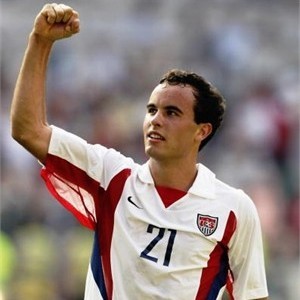 It’s also not a stretch to say that Donovan in his early twenties was one of the most electrifying players in the world. Donovan had blinding open field pace and precision. He worked at speeds no one else on the field had.

Ten years on from when he made his name at the 2002 World Cup, Donovan’s decision to take a sabbatical in 2012 and leave the game was brave and bold. Over LA’s title run in 2012, David Beckham’s last year in MLS, Donovan looked like a gaunt shell of his best self. His bushy beard was a telltale sign of the overlaying exhaustion Donovan was trying to cope with.

Remember, this was a guy who had basically been playing soccer year-round since before he learned to drive.

So he stepped away. He was skewered in the media for it, but he was trying to save his career.

And guess what – it worked. Donovan came back, played his way back onto the national team with a sensational 2013 Gold Cup, and he says he’s never enjoyed playing the game more.

Donovan’s style of play has changed too. While he’s still fast, he’s not blindingly fast. It’s still unclear exactly where Donovan’s best position is, but he’s evolved into a mature playmaker – nearly flawless on the ball.

While he’s not a game-breaker like he used to be, Donovan plays more than ever with an all-seeing eye. Against Portland last weekend, whenever Donovan got the ball, you knew something great could happen. If something great didn’t happen, something good did. He’s been forced to cut down on his running, which has made his movements on the field smarter and more assured.

Jurgen Klinsmann wants to make Donovan earn his place in the squad and on the field for the World Cup.

That’s fine – Klinsmann isn’t going to be drawn by sentimentalism, and he must have confidence that Donovan will win his job anyway.

Donovan and Klinsmann’s relationship has always been uneasy. You get the feeling that Donovan would like some slack, but Klinsmann’s short leash won’t derail his World Cup preparations.

Donovan has said repeatedly that he can’t put in the time in training on consecutive days that he used to, and that he needs to conserve energy for match-day. That contrasts with Klinsmann’s preferred style, which is predicated almost totally on fitness and intensity day in and day out.

Donovan doesn’t know if he’s going to start in Brazil – I think he’s going to, if only because there is no suitable alternative in his position – but he definitely wants to. His oft-questioned ambition that has always been there hasn’t wavered.

Landon Donovan today is slightly enigmatic and unknowable. He’s a leader with five World Cup goals in twelve games and the mantle of best American soccer player ever sewn up, and yet he’s never been and maybe never will be beloved.

Now, in his fourth World Cup camp, Donovan is a little grayer, a little slower, and at peace with it all.

It’s a cool story – the arrogant, insecure wunderkind turns into a wise veteran who’s still got a lot of game.

Donovan can only look back on his younger self and shake his head. He gets it now. It’s no accident that Donovan has cut down his once grandiose pre-penalty routine into a few seconds that are hardly noticeable.

At his best, Donovan’s current game oozes class – and he’s just rounding into form now, which means we may see the best month of Donovan’s post-sabbatical career at the World Cup. There’s nothing to loathe about “Landycakes” now. Just a hell of a lot to respect. We are watching a truly great career take the biggest stage for the final time.