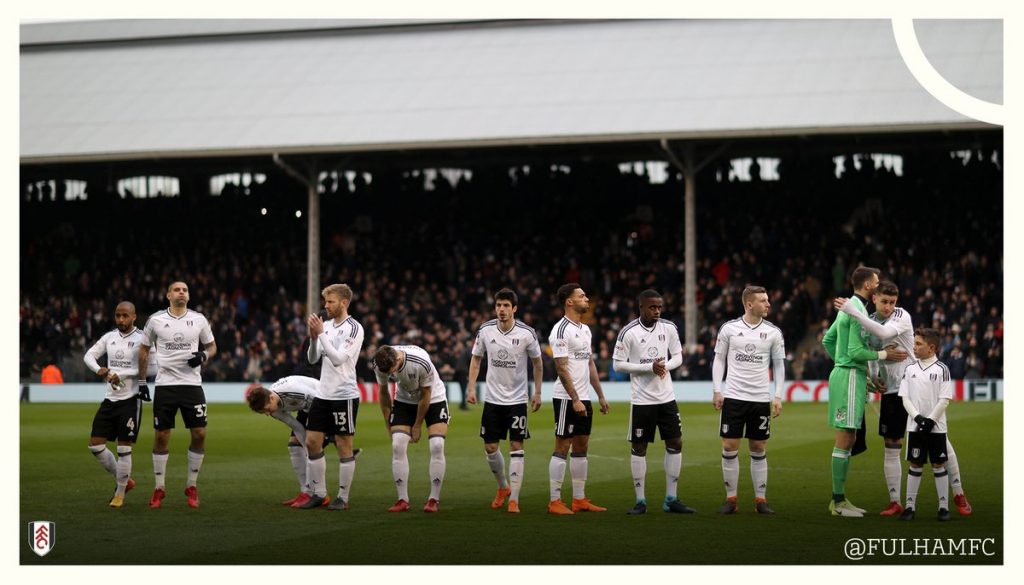 Fulham were held to a 2-2 draw against Queens Park Rangers earlier today.

Slavisa Jokanovic’s side could have pulled clear of Aston Villa in the league table with a win but the Cottagers have dropped some vital points at home.

The hosts took the lead through Tom Cairney on the 32nd minute and their lead was doubled by Lucas Piazon right at the stroke of halftime.

However, the visitors managed to build on their impressive result against Villa and secured a draw here.

QPR halved the deficit during added time in the first half and they grabbed the equaliser in the 81st minute.

Fulham fans will be thoroughly disappointed with the result and the performance here. The Londoners were in cruise control right before halftime and they managed to throw it all away at this crucial juncture of the season.

The Championship outfit are fighting to secure promotion to the Premier League and these results could make a big difference.

After the game, defender Matt Targett sent out a message to the fans on Twitter.

Disappointed with the result ? poor 2nd half! Allowed them to keep coming on to us! Point is a fair result #FFC

Here is how the Fulham fans responded.

Well played, Matty. Thought you were excellent throughout. Must be hard playing with tissue up your nose for 30 mins?!

Spot on mate, loved your challenge in the second half ?

Matty you played well, you and Sess have a good partnership growing… keep going fella!

MOTM for me today Matty – good show in a poor team performance ?

Just one of those days? We are still unbeaten in 2018 so rest up and go again, still lots of twists and turns to come!! #COYWS

Draw was a great result. If we play that badly and come away with a point. Norwich next, onwards and upwards #ffc