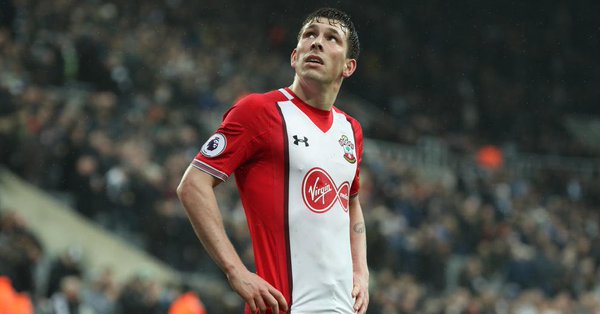 Southampton showed no determination and fight as they suffered a moral breaking 3-0 defeat against Newcastle on Saturday at St James’ Park.

The Saints are just above the relegation zone, and were expected to put up a fight against Newcastle, a team that are also fighting for survival.

Instead, it was a meek surrender from Mauricio Pellegrino’s side and the manager criticised the spirit and attitude of some of the players after the game.

That result is even testing my ability to stay positive! ?

Southampton have not finished lower than 14th in any of the previous five campaigns and therefore they need to improve in their remaining games.

They enjoyed a lot of possession but lacked incisiveness and cutting edge in the final third. In fact, they only managed two shots on target in the entire match.

The result also puts the future of Pellegrino in doubt. Under his leadership, Southampton have won just once in their past 17 league games, but it is the manner of the defeats that is indeed concerning.

BBC Match of the Day pundit Jermaine Jenas has described the performance as ‘abysmal’.

“It is worrying times for Southampton. They were abysmal, shocking, borderline disgraceful. They did not seem to have any plan and a lot of it was passing for the sake of passing,” said the former Tottenham player.

I don’t think there’s anything to be positive about, and there hasn’t been all season really…

Give Les a ring for us will you Matt. Best we could hope for is a new manager and a reaction. Not condoning what West ham fans have done. But would suggest #saintsfc r close to a similar reaction if things don’t change. I personally think it is too late

MP has to go before it’s too late Matt?

We have to do something surely, rather than bury our heads in the sand and hope things magically improve. Puel was sacked for finishing 8th and we’ve actually got worse under Pellegrino. Palace and Swansea have shown that changing manager can lead to improvement in results.

The problem #saintsfc have now is that with remaining fixtures we have it is unlikely any quality manager who may be able to keep us up will risk their reputation with a relegation. All too late