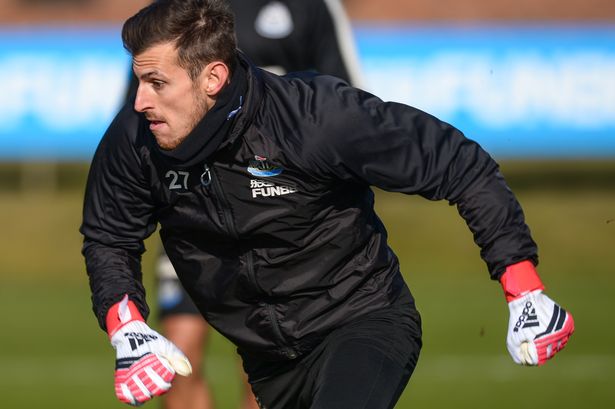 Martin Dubravka has been outstanding for Newcastle since he joined the club from Sparta Prague on loan in the January transfer window.

The 29-year-old joined the Magpies on a six-month loan period, and he has expressed his desire to stay at St James’ Park beyond the summer.

He has insisted that he “wants to stay here” after the summer, but remained coy when asked whether talks over making his move permanent has started.

“I want to stay here after the summer, so I need to be focused,” said Dubravka, as quoted by The Chronicle. “I don’t like to say we have one or two more games to stay in the league and be safe. Everybody knows that we are not in the best situation and need to fight for it.”

According to reports from The Chronicle, Dubravka’s contract contains a £4.2million option to buy, which United can activate in the summer.

Dubravka has made a dream start to his Newcastle career. He has kept three clean sheets and helped the Magpies win their last three home games.

When he arrived at the club, Newcastle were fighting for relegation, but the recent victories have taken them to 12th in the League table.

Dubravka has played a massive part in Newcastle’s revival, and the Magpies must wrap up his deal early if they stay up at the end of the season.