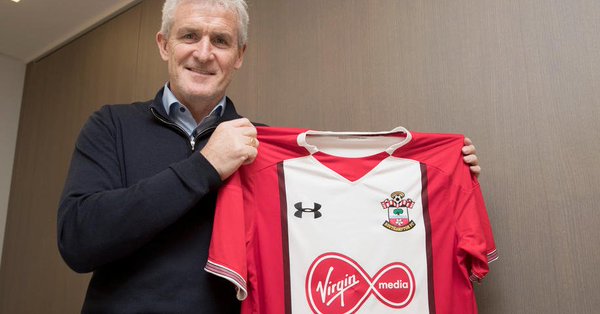 The former Saints player will now look to get Southampton’s season back on track and help them beat the drop this season.

The St Mary’s outfit are in the relegation battle after a disastrous spell under Mauricio Pellegrino and the fans will be hoping for a big reaction now.

Hughes was sacked by Stoke City earlier this season and the 54-year-old will have a lot to prove at Southampton. Hughes seems like an uninspiring choice for most Southampton fans and he will need to get the team firing right away in order to win their trust.

There is no doubt that Southampton have a talented squad but the players are currently lacking in confidence and Hughes will have to lift their spirits. The former Southampton player knows the club well and he should use that experience to motivate the players now.

Following the announcement, Southampton fans took to Twitter to share their reactions and here are some of the best ones.

How does this guy get jobs ?

Sacked by Stoke in January and Signs for Southampton in March?! – that’s a pretty bloody good season for Sparky! #Saints

Need a new manager in the summer

Not good enough for stoke. But @SouthamptonFCwill take him. #SaintsFC

Jesus! I suppose we had no other options

Great opportunity to become the only manager to have managed two relegated clubs in one season #hughesout ?