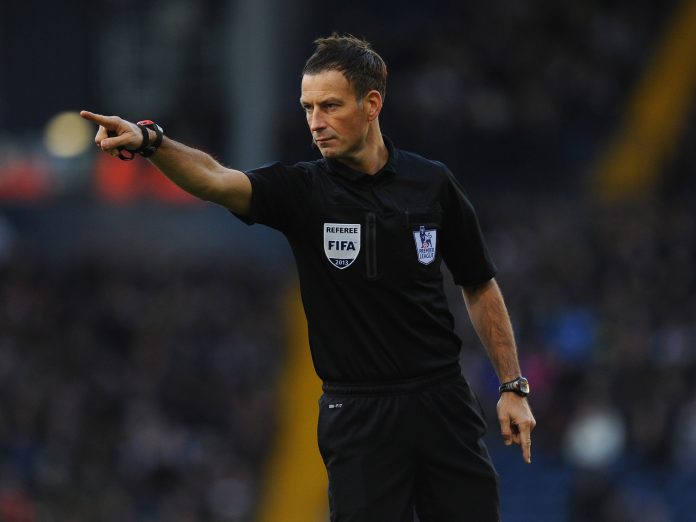 Liverpool narrowly pipped Leeds United to victory on the opening day of the new Premier League season on Saturday, with the defending champions running out 4-3 winners against the newly-promoted side.

Marcelo Bielsa’s side will consider themselves unlucky after two penalties were awarded to the hosts, and Mohamed Salah didn’t miss the opportunity to open and close the scoring from the spot.

While Leeds will have no complains after Rodrigo Moreno brought down Liverpool midfielder Fabinho in the box on the 88th minute, not many will agree with Michael Oliver’s decision to point to the spot after Robin Koch handled Salah’s shot three minutes into the game.

However, former Premier League referee Mark Clattenburg is convinced that it was the right call, reminding everyone that the rules have changed two years ago.

“Michael Oliver was 100 per cent correct to award Liverpool’s first penalty when Mo Salah’s shot deflected off the thigh of Leeds defender Robin Koch and up onto his arm,” Clattenburg told Sportsmail.

“Let us get one thing straight – and I can’t believe people are still talking about this two years later – but the word ‘deliberate’ has been removed from the Laws of the Game. It does not matter that Koch did not deliberately handle the ball, his arm was outstretched and in an unnatural position, it made his body bigger.

“It also does not matter that the ball was deflected before hitting his arm. Koch had thrown his body at the shot and took that risk. That is why you now see a lot of defenders approaching such situations with their hands behind their back.”

Losing in such a manner was a bitter pill to swallow for Leeds, but they will look to quickly bounce ball and not many sides will be excited to play against them.

The Whites completed more passes and had more ball possession than Liverpool, and a top-ten finish could be on the cards if they can replicate that Anfield performance for the majority of the campaign.