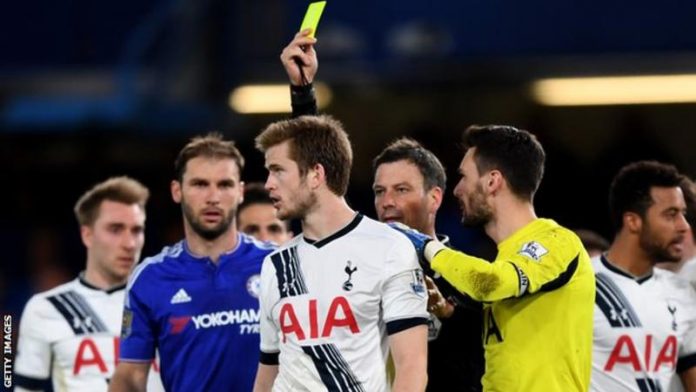 Former Premier League referee Mark Clattenburg has revealed that he allowed Tottenham to self-destruct in a title-defining game against Chelsea back in 2016.

Mauricio Pochettino’s men had to win the game in order to stay in the title race but they were held to a 2-2 draw.

Clattenburg has revealed that he went into the game with a gameplan and then executed it to perfection. Apparently, he did want to shoulder the blame for Tottenham’s defeat in the title race and therefore he decided to not to send off any of their players despite the lack of discipline.

Spurs were handed out 9 yellow cards for their conduct but Clattenburg says that three of their players should have been sent off.

He said: “I allowed them [Spurs] to self-destruct so all the media, all the people in the world went: ‘Tottenham lost the title.’ If I sent three players off from Tottenham, what are the headlines? ‘Clattenburg cost Tottenham the title.’ It was pure theatre that Tottenham self-destructed against Chelsea and Leicester won the title. I helped the game. I certainly benefited the game by my style of refereeing. Some referees would have played by the book; Tottenham would have been down to seven or eight players and probably lost and they would’ve been looking for an excuse. But I didn’t give them an excuse because my gameplan was: Let them lose the title.”

Both Chelsea and Tottenham had to pay out record fines to the Football Association after the game because of their conduct. Spurs star Mousa Dembele was banned for several games.

It will be interesting to see how the two clubs react to these revelations now.