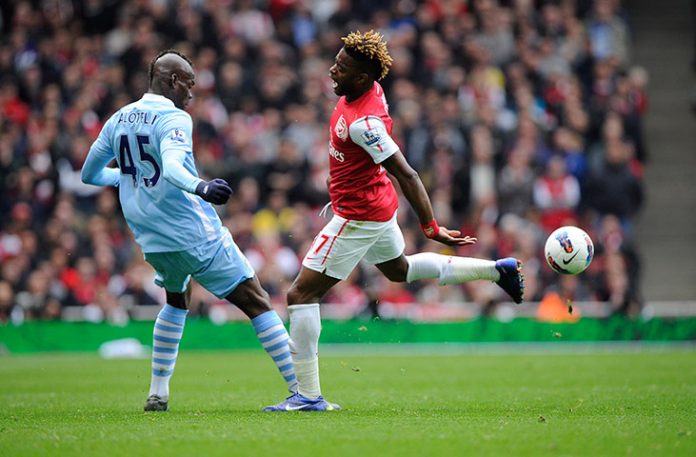 Mario Balotelli is ready to prove himself in the Premier League, report Talksport.

The Italian is currently plying his trade in Ligue 1 with Nice. A fruitful season has seen the former Man City striker find the net on 21 occasions.

Balotelli made a name for himself as a youngster at Inter Milan under the guidance of Roberto Mancini. Disciplinary issues saw him link up with Mancini again at Manchester City in 2010.

Controversy has followed the Italian around his entire career. After City, he moved back to Italy to play for Inter’s local rivals Milan. Then followed a disappointing spell at Liverpool that saw him return to Milan on loan. Since 2016 he has been at Nice and it looks like he has rediscovered the promise he had in abundance as a youngster.

With that in mind, his agent Mino Raiola feels it’s time for Balotelli to hit the big time again.

Mario is ready to return, he has matured into one of the top 10 strikers in the world. In Italy, he’s number one. He’s worth €100million (£88m), but he’s on a free transfer and is, therefore, a bargain. I’m negotiating with many clubs in England and in Italy. I’ve spoken with Juventus Roma, Napoli and Inter.

Balotelli has always had the talent. His temperament and attitude have continually been his downfall.

A return to Italy looks his most likely destination as it’s doubtful any top Premier clubs would have room for him in their squads, let alone be willing to gamble on his attitude.

However, still only 27, there is a chance if his bright form continues and he can prove his head is in the right place that a Premier League club may come calling. But ‘does a leopard ever change it’s spots?’