The former Real Madrid keeper has signed a four-and-a-half-year deal with the Championship giants.

Marcelo Bielsa was keen on signing a new number one keeper and Casilla should prove to be a quality addition.

The Spaniard has a lot of experience at the top level and he could make a tremendous difference to Leeds during the second half of the season.

The Whites are in a title race and Casilla’s experience and mentality could be vital. He was part of a very successful Real Madrid dressing room. 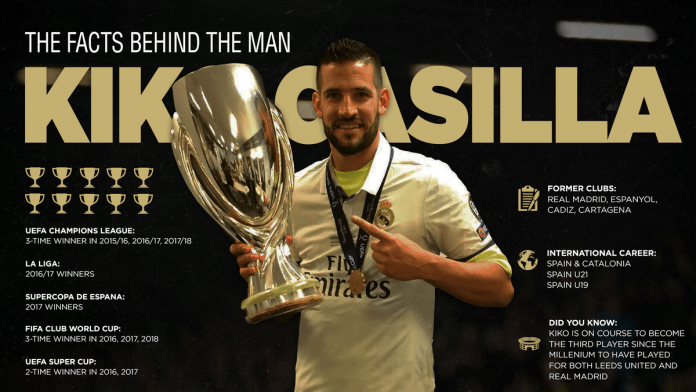 Furthermore, the Spaniard will be a big upgrade on Bailey Peacock-Farrell and the fans will be excited to see their new signing in action soon.

Bielsa has lavished praise on his January signing and he claimed that Casilla is a complete player whose career speaks for itself. He also praised Victor Orta for managing to pull off the transfer.

? | Marcelo Bielsa on @KikoCasilla13: “We needed an alternative for the goalkeeper position, and Victor Orta is responsible for the arrival. I don’t have to make any comment on Casilla because his career speaks for itself.”

? | Marcelo Bielsa on @KikoCasilla13: “He is a complete player. The fact that the goalkeeper from Real Madrid comes to Leeds, I think the owner of the club should be proud to attract this type of player”