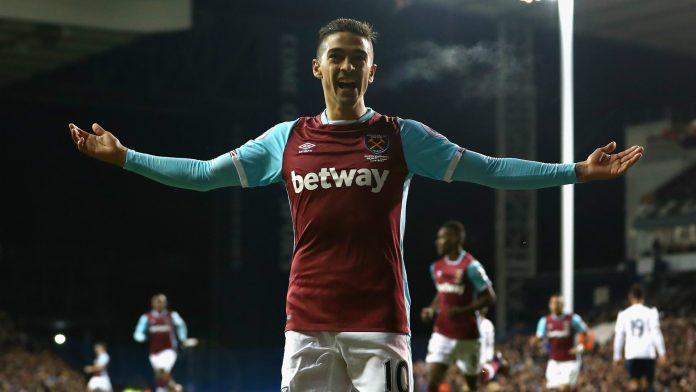 West Ham have confirmed that Manuel Lanzini has returned to the club in order to step up his rehabilitation.

The Argentine midfielder damaged his knee ligaments right before the World Cup and he is set for a lengthy spell on the sidelines.

After a successful surgery in Barcelona, the player has now returned to London. West Ham fans will be delighted to see that their best player is making progress and they will be hoping for a quick return.

Lanzini has been a key player for West Ham ever since he joined them and his absence has been a major blow for the Hammers.

West Ham are yet to win a game in the Premier League and someone like Lanzini could have made a huge difference for Pellegrini’s side.

The midfielder is expected to return to full fitness early into 2019 and he should be able to play a part in West Ham’s season towards the end of the campaign.

Here is how the West Ham fans reacted to the club’s latest update on the Argentine playmaker.

Watch him play before Carroll

DR CUGAT is the main man lads, he’ll be fixed up in no time.

We need him so bad

As much as we miss you .. and we really do please don’t rush things Manu your health comes first ⚒