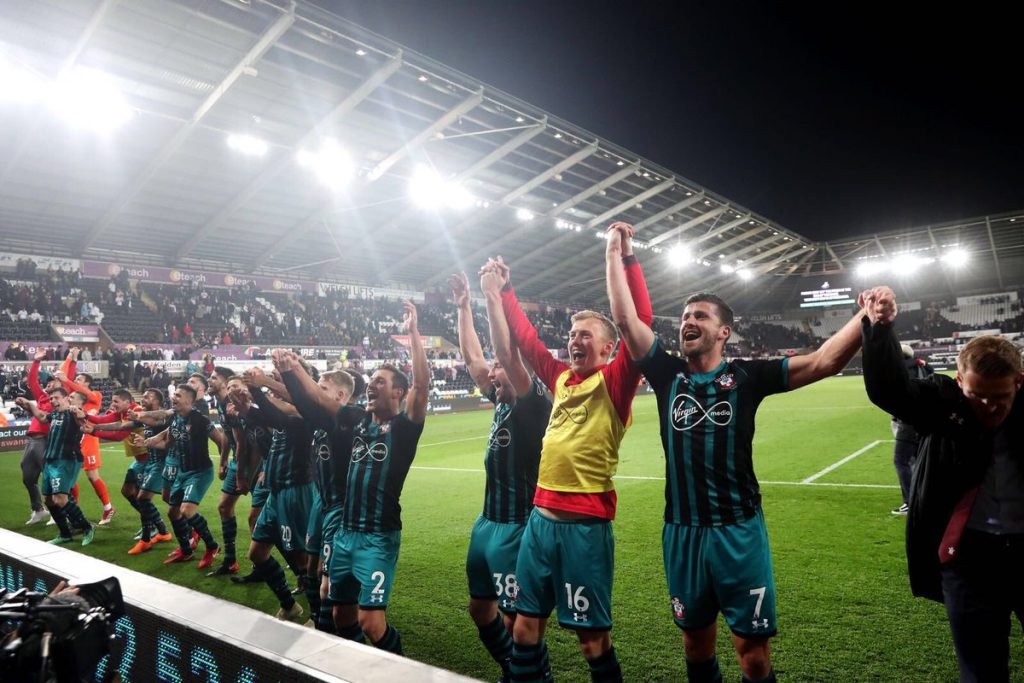 Manolo Gabbiadini took to social networking site Twitter to express his reaction after Southampton earned a crucial victory in the Premier League on Tuesday.

The Saints earned an important 1-0 win against Swansea City at the the Liberty Stadium and took a giant stride towards Premier League survival.

Gabbiadini scored the only goal of the match in the 72nd minute to earn all three points for the visitors. The 26-year-old tweeted after the game:

Gabbiadini hasn’t really enjoyed a great season at St Mary’s and his future at the club has often come under speculation.

He has managed 28 appearances in the Premier League, scoring five goals, although 17 of those have come from the bench.

The victory takes Southampton to 16th in the Premier League, three points adrift of Swansea with only a game left to play.

The Saints have a healthy goal difference as compared to Swansea’s, which means even if they lose the final game against Manchester City they won’t be relegated.

Southampton fans have praised Gabbiadini for his performance and many urged him to stay at the club beyond the summer.

Thank you Manolo! I’ve always believed in you. Please stay another season

Quite possibly the most important goal you will ever score for Southampton! But may there be many, many more …

Love you Gabby. Stick around until we get a manager who knows you’re the best