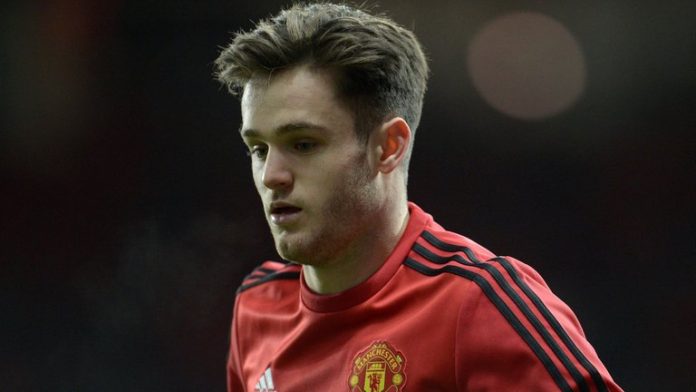 Manchester United have agreed a deal with Sheffield United for the loan transfer of their highly rated midfielder Joe Riley.

The versatile midfielder was recovering from a hamstring problem and has now completed the move after being passed as fully fit. Manchester United have announced the move on their official website.

The 20-year-old midfielder was given his first team chance by the former Old Trafford boss Louis van Gaal and Riley went on to feature in the FA Cup against Shrewsbury and in the Europa League against FC Midtjylland last season.

Riley can operate as a full-back as well as a central midfielder and the player was keen to go out on loan in order to get more first-team football and continue his development as a footballer. The Manchester United midfielder is expected to make his debut for Sheffield United against Gillingham on Saturday.

Sheffield manager Wilder seemed delighted to have signed the Manchester United youngster for the remainder of this season. Sheffield are currently looking for promotion and will be hoping that Riley can be of help to the team for the next few months.

Joe is a young player who is comfortable playing on both the right or left and that versatility will be important to us. We are delighted to have him with us for the remainder of the season and happy that Manchester United have allowed him to further his development here.